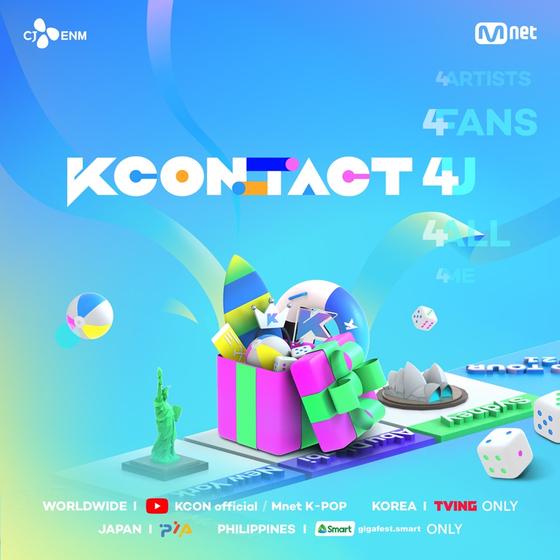 
CJ ENM's K-culture festival KCON will kick off tomorrow and run for nine days straight, offering K-culture fans around the world a taste of all things Korean in the online world.

Dubbed KCON:TACT 4 U, the fourth edition of the online KCON:TACT series will be available from June 19 to 27 on CJ's video platform Tving and can also be watched at CGV theaters across the country.

The KCON:TACT 4 U will continue its world-tour theme that it took on in the third edition, where the artists' performance stages are decorated to resemble different cities around the world such as New York.

Special performances and collaborations are in store for fans, as well as meet and greet events. A special collaboration performance by the bands that recently featured in Mnet's competition program "Kingdom" will take place.

Overseas fans can join in on the KCON Official and Mnet K-pop channels on YouTube, and Japanese audiences can watch through Ticketpia.

[INTERVIEW] KCON's Killoren has brought K-pop to the U.S.