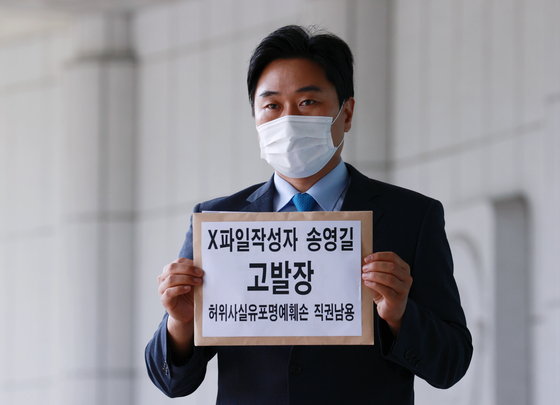 Lee Jong-bae, head of the conservative civic group Solidarity for Nomocracy, shows a criminal complaint against Democratic Party Chairman Song Young-gil before submitting it to the Supreme Prosecutors' Office on Wednesday. [YONHAP]


A civic group on Wednesday requested the prosecution investigate the people behind ruling party politicians' claims that they are in possession of secret information that could destroy former Prosecutor General Yoon Seok-youl's presidential prospects.

Conservative civic group Solidarity for Nomocracy said Wednesday that it has filed criminal complaints to the Supreme Prosecutors' Office to investigate Chairman Song Young-gil of the ruling Democratic Party (DP) and an unknown person who created the so-called X-file against Yoon.

The political controversy flared after Song said on May 25 that he is "compiling files about Yoon one after another." He also said "it's not easy to become the president of this country. I am checking data [about allegations surrounding Yoon] one after another."

Following Song's remarks, a document, nicknamed "Yoon's X-file," spread in the political arena. The author of the file, however, was never made public.

Jang Seong-cheol, a political commentator and a former aide to the conservative opposition People Power Party (PPP) heavyweight Kim Moo-sung, said Saturday that he had obtained the file that listed suspicions surrounding Yoon, his wife and mother-in-law, and the contents were serious enough to destroy any shot he has at becoming president.

"According to the opinions of the people who have seen the X-file, it was evident that the document was created to serve a malicious political purpose by compiling groundless accusations," the civic group said. "Creating this document and distributing it is clearly an act of defamation of Yoon and his family. If Song ordered the creation of the X-file, Song has abused his power."

The civic group also hinted at filing more criminal complaints, as a state agency was suspected of having fed information about Yoon to the author of the file.

It remains to be seen how Prosecutor General Kim Oh-soo will handle the complaints. The Supreme Prosecutors' Office normally assigns a specific case to a district office, but the prosecutors have no power to investigate a defamation allegation under the current law. The prosecution may send it to the police for a probe.

Yoon, who had shown no response to the political controversy surrounding the so-called X-file, broke his silence on Tuesday. In a statement issued through his spokesman, Yoon said he has no skeleton in the closet. "If I had anything to hide, I could have not withstood political attacks over the past eight years," he said. 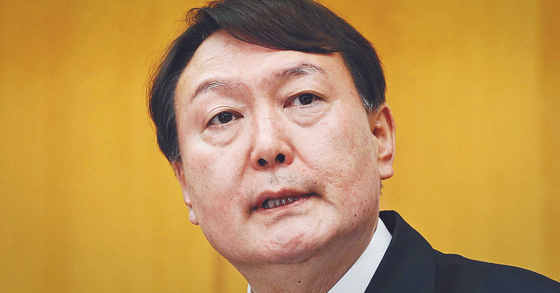 
Yoon said the ruling party must stop their political campaign against him by citing an "irresponsible and slanderous document without a clear origin." He demanded his critics make public their accusations and sources in order to lay bare the truth and hold accountable those who conducted illegal surveillance of him.

Song, who started the controversy, on Wednesday denied that he had ordered the creation of the "X-file" or was even in possession of it. 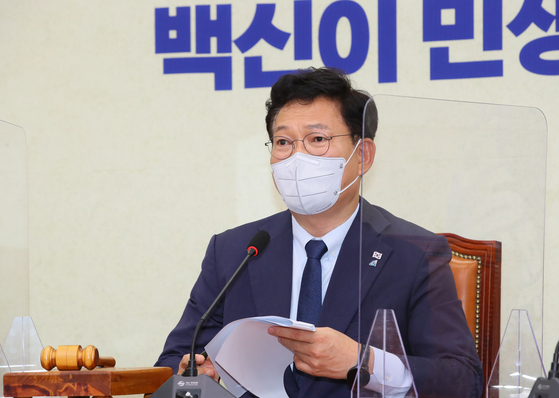 
In an interview with TBS Radio in the morning, Song was asked if he created the X-file. "No, I don't have the X-file," Song said with a laugh.

He said his remarks last month meant that he was collecting data to verify Yoon's fitness as a presidential contender. "I was compiling information on my own," he said.

He said Yoon's rivals in the PPP must have created the X-file.

Following Song's remarks, the PPP condemned Song for making groundless accusations of its politicians. "Out of the blue, Song identified the opposition party as the author of the X-file," Rep. Hwangbo Seung-hee, spokeswoman of the PPP, said Wednesday.

"We have repeatedly made our position clear. We have never seen this X-file, and we have nothing to do with it," she said. "Since Yoon is not a member of the PPP, we have no response."

"If the X-file is real, and if there really an author, Song should make it public," she said.