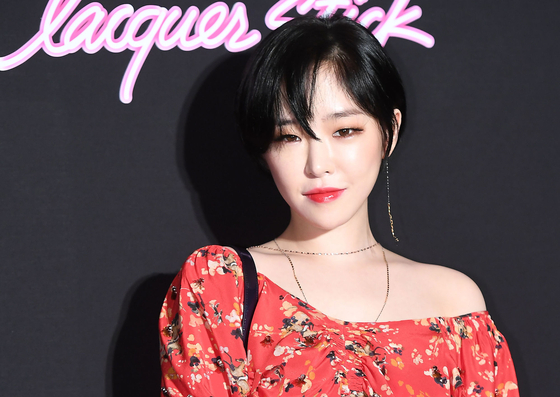 
Gain, a member of the girl group Brown Eyed Girls, was fined earlier this year for abuse of propofol, her agency Mystic Story confirmed Thursday.

“It is true that Gain was indicted as a summary offense and fined 1 million won for abusing propofol last year,” Mystic Story said in a statement.

In a summary offense, a defendant doesn’t have to appear in court and a judge hands down a verdict mainly by reviewing documents submitted by investigative authorities.

“Although Gain and the agency were both aware that it was socially unethical, we caused trouble by not admitting the news first and apologize in person,” the agency said. “We are sincerely sorry and repent for our actions to her fans, who were waiting for the singer to continue her activities.”

The agency added that the singer has been going through personal issues such as depression and sleep disorders, which is how she came to make an “irresponsible decision.”

The singer’s case was finished earlier this year and her name was not released to the press. But some media outlets found out about it and reported the news recently.