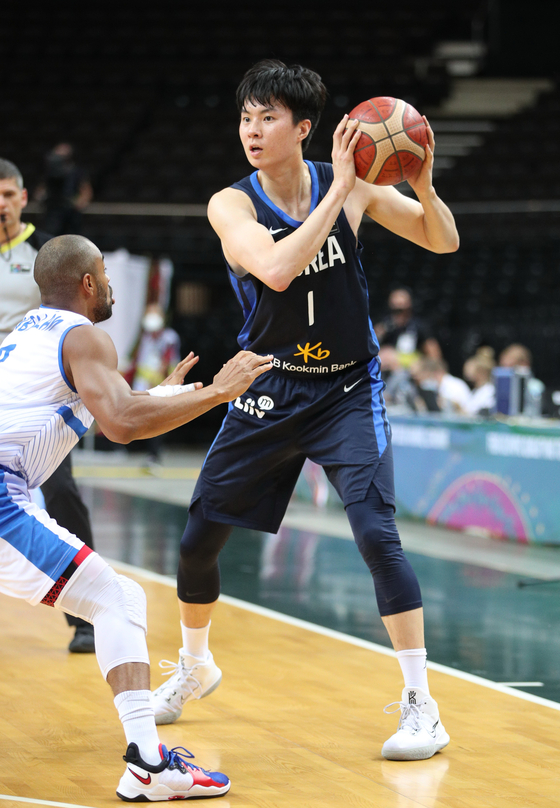 Venezuela started much stronger, winning the first quarter 27-18 and the second quarter 29-20 to take a decisive lead.

Just when it seemed the Venezuelans would easily take away the match, Korea fought back hard in the third quarter, outscoring their opponent 28-14.

The Korean team were aggressively attempting shots at the start of the fourth quarter, but the attempt to turn the tide in favor of the Korean side failed as they lost five points in a row.

After a short technical time out, Yeo Jun-seok shot a three-pointer, giving Korea 68 to the South American sides' 75.

Both teams struggled to score until Venezuela broke through to quickly take the score to 84-74.

Ra Gun-a added a free throw and a three-pointer for Korea, but it wasn't enough to repair the damage and the game ended 94-80. 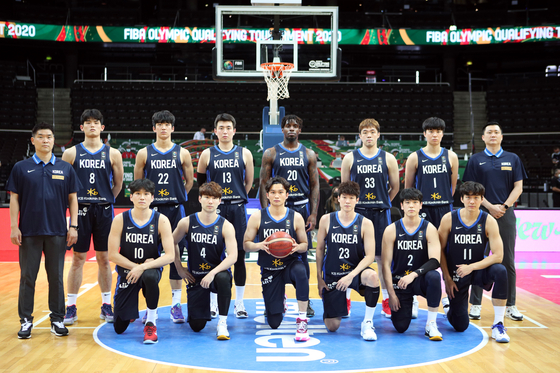 
At the 2020 FIBA Men's Olympic Qualifying Tournament, Korea is in Group A alongside Venezuela and Lithuania. Group B consists of Poland, Slovenia and Angola.

The top two teams from each group will advance to the semifinals, with only the winner of the qualifiers earning an Olympic berth.

Korea must win the next match against Lithuania on Thursday at 7:30 p.m. local time, or 1:30 a.m. on Friday in Korea, to get a shot at finishing at least second in the group.