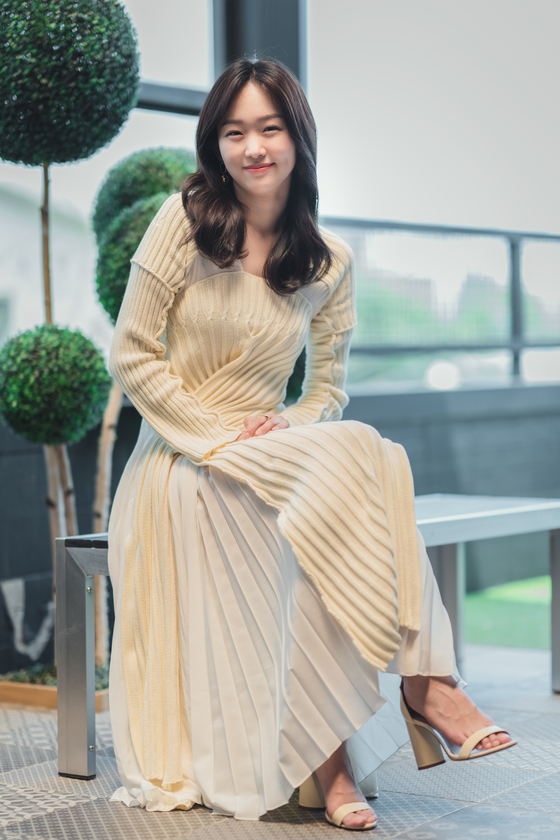 
Actor Jin Ki-joo may be experiencing her big break by taking her first lead role in a movie, about six years after her debut in 2015. In “Midnight,” which hit local theaters last week, the actor plays a person with hearing disabilities who accidentally witnesses a murder.

In the thriller movie that was also released simultaneously through TVing, Jin, whose character is named Gyeong-mi, becomes a target by the murderer. She gives it her all as she tries to run away from the murderer, even though she can’t even hear when he's approaching.

“When I first decided to take part in this movie and when I was filming for it, I didn’t really think much about the fact that I’m the one who’s playing the lead in the movie and that this is my first time,” Jin said.

“On the filming site, I was occupied just thinking about playing my character Gyeong-mi.”

Jin shared more about what it was like to play the lead in the movie in an online interview with Ilgan Sports, an affiliate of the Korea JoongAng Daily. Below are edited excerpts.


Q. How do you feel about the movie now playing in theaters?
A. Now, with the movie playing in the theaters and my talking about it to promote it, I really think a lot about how this movie is the first in which I played the lead. That really makes me feel nervous.


Why did you choose this movie?
[I just had to play] Gyeong-mi. As I read the script, my heart just went to her. I thought a lot about how I wanted to play that part, and I really liked every action she takes. In fact, I am usually not a big fan of thriller movies, but I had to watch a lot of movies in that genre in order to film. I watched a variety of thriller movies up until the filming started, and that actually turned me into a thriller movie fan. 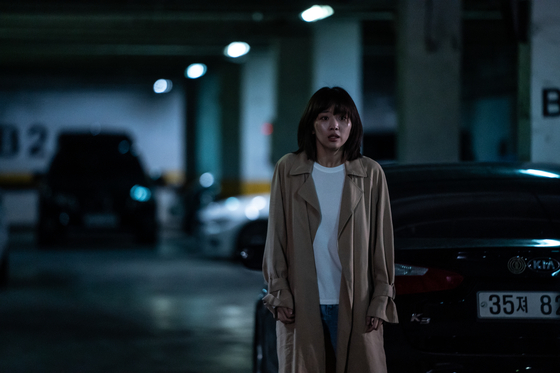 What was it like to watch the completed movie? Is it any different from what you had imagined when you first read the script?
The detailed storyline and scenes in the movie are quite different from what I pictured as I was reading the script. But the overall sentiment and the depiction of Gyeongmi's world without any sound is quite similar. I think, personally, I was more moved by the film. The message of the film really got to me.


You run a lot in some scenes. Are you knees okay?
They are really not okay. (Laugh) Don’t you feel physical pain when you feel tired? I felt that in my knees. I've become a person with knee problems now. I actually felt some burden over the fact that I had to run. Of course, the speed of a woman running may not be as fast as that of a man, and I wasn’t sure that I could really make it look like I’m really running my butt off to outrun the man. When the camera started to roll, I really felt the emotions of Gyeong-mi, and as I saw a man chasing me from behind, I really had to run with all my energy. I reached speeds that I never had before in my life. And I don’t think I will ever run that fast again.


How did you practice running?
I looked up some videos of runners to see what posture they have. Since I’m not super athletic, I just thought that there could be a posture that would make me look like someone that runs really well. Such videos were really helpful for when I did the test round for the filming. Then I really tried to apply all the points I had learned from the videos. The director told me I did well with running, and I remember saying thank you. And then I got to the actual filming, but there was just no time to think about my running posture. I just had to run as if I was going to die.


You debuted as an actor relatively late, after working in a completely different field. Was that experience helpful for you when pursuing a career as an actor since your first role in 2015?
People used to tell me that it would have been nice if I had started acting a bit earlier when I was younger. But I think the path I took is much better. Because I have experiences in different fields, those experiences are all inherent to me and they will help me out.