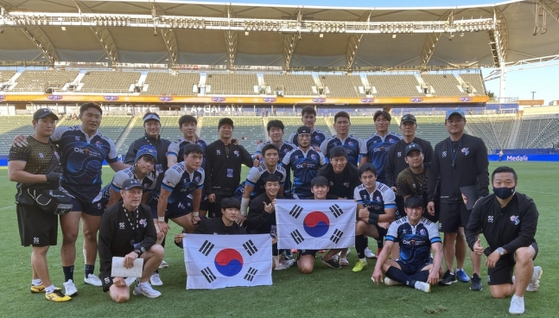 
Korea's rugby sevens team will make their Olympic debut in Tokyo, braving a highly competitive group as they look for an unlikely underdog story to help them reach the podium in the tough sport.

Korea is hardly a rugby powerhouse. The sport has never been especially popular here and Korea has never made it to any of the major international competitions. That doesn't mean Korea is particularly bad at the sport — within Asia, the Korean national team has long been in the top four, especially in the slightly pared down sevens.

Korea qualified in November 2019, defeating a higher-ranked Hong Kong at the 2019 Asian Qualifying Tournament in Incheon. The upset bagged Korea a ticket to Tokyo, an opportunity that only really came about because Japan had already qualified as host nation, leaving the Asian slot open. At the time, Japan was ranked No. 8, Hong Kong was No. 21 and Korea was No. 31.

Fast forward two years and Korea is now No. 17 to Japan's No. 16 in the 2020 World Rugby Sevens Series ranking. That may sound impressive, but only 17 teams were actually able to complete in the series last year.

Rugby sevens was removed from the Olympics after the 1924 Games in Paris, but made a comeback for the first time in 92 years, at the 2016 Rio Olympics. 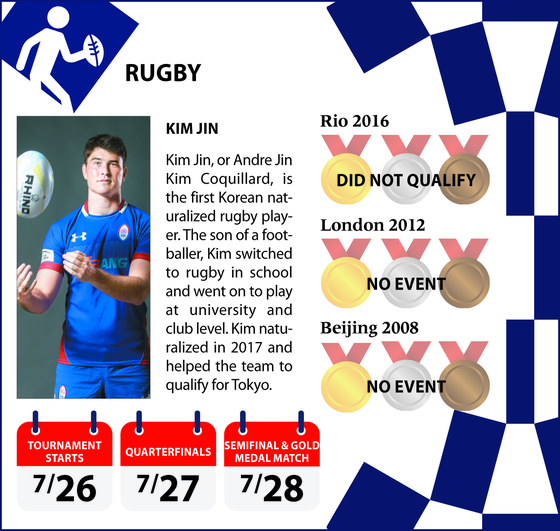 Rugby sevens is one of the three forms of rugby, alongside rugby union — as seen in the Rugby World Cup — and the less common rugby league. Sevens is a scaled-down form of rugby union and is played on the same size field, but with much faster gameplay.

Tries, conversions and penalties are scored in the same way as rugby union, and, like every other form of the game, sevens is a full-contact sport

One of the Korea players hoping to make a name for himself in Tokyo is naturalized athlete Kim Jin, or Andre Jin Kim Coquillard. Kim was born in 1991 to an American father and a Korean mother. Any physical advantage is crucial in rugby, and Kim certainly has an edge as he stands at 1.95 meters (6 feet, 5 inches) — not surprising considering his father is 1.83 meters tall and his mother is 1.75 meters tall. 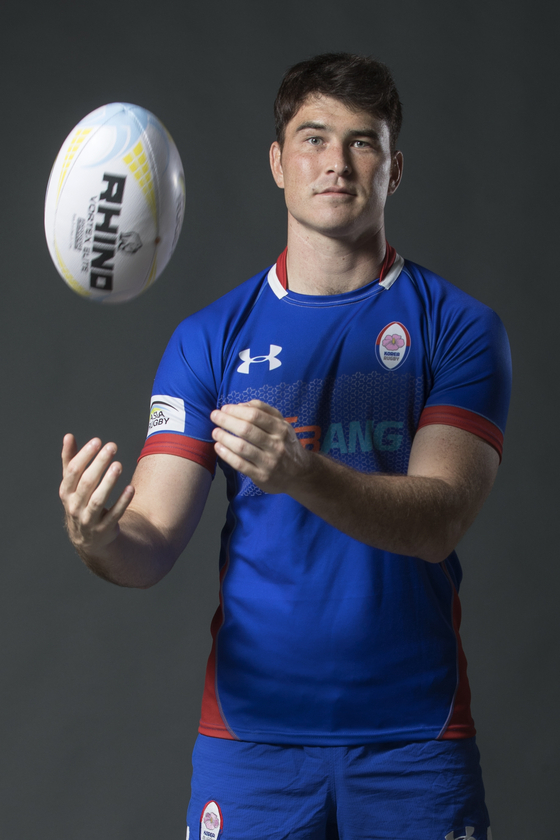 
After playing football in school, Kim moved into rugby during a period studying in Canada, eventually playing for the University of California, Berkeley. Kim was offered a chance to naturalize to Hong Kong, where rugby sevens is popular, but chose to call the Korea Rugby Union instead.

Kim and the team have been in action recently, but it hasn't been good news. Korea lost every game at Quest for Gold 7s last month, playing against Great Britain, the United States and Argentina.

The Argentina matches were important as Korea will play in Group A alongside the South American team and rugby powerhouses Australia and New Zealand. Korea lost both games to Argentina at Quest for Gold without scoring a single point: 49-0 and 55-0.

The final schedule for the men's rugby sevens tournament in Tokyo has not been finalized, but all men's games will be played on July 26 and July 27, with the quarterfinals following later on July 27 and the semifinals and gold and bronze medal matches on July 28.