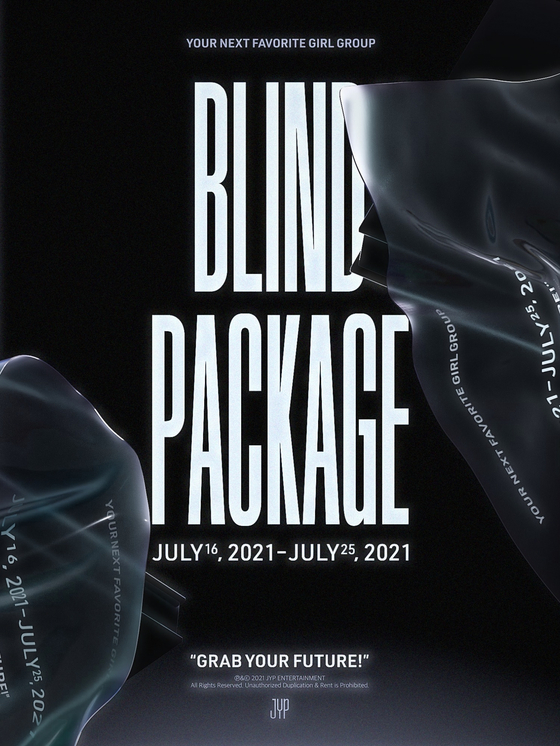 
JYP Entertainment plans to follow up the success of hit girl groups Wonder Girls, miss A, Twice and ITZY with a brand new group debuting in February next year.

This will be the first new girl group to come from the agency in three years, after ITZY. JYP Entertainment has created some of Korea’s most successful girl groups, including Wonder Girls, miss A, Twice and ITZY.

The agency will sell a so-called Blind Package for the new girl group from July 16 to 25, giving people the chance to back the new group before any details are released.

People who purchase the Blind Package will receive a limited-edition hard copy of the group’s debut single and other goods when it debuts in mid-February.

Preorders for the Blind Package can be made on various album sales services in Korea.