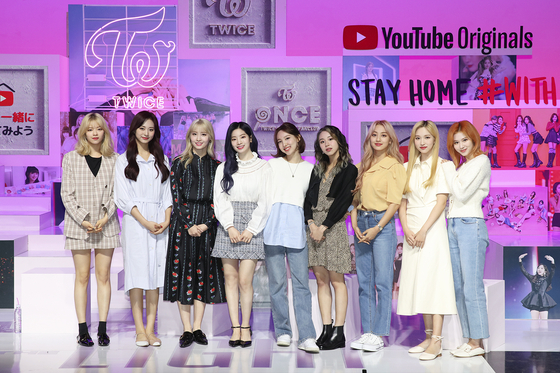 Girl group Twice has released the tracklist for their EP “More & More,” which will be released on June 1.

The title song of the album was composed and edited by Park Jin-young, CEO of JYP Entertainment, home of Twice. Park has composed some of the group’s other hit songs, including “What is Love,” “Signal” and “Feel Special.”

Contributing to the track were also songwriters Julia Michaels, known for co-writing songs for Justin Bieber and Selena Gomez, and Justin Tranter, who co-wrote Halsey’s “Bad at Love” and “Cold” by Maroon 5, among others.


“‘More & More’ is about the emotions a person in love goes through, about wanting to know more about the other person and wanting to be more in love,” JYP Entertainment said in a statement. “It has a trendy tropical beat to it that will go well with the group’s colorful performance.”


Members of Twice also contributed to the songs’ creation. Nayeon contributed to writing the song “Make Me Go” and Jeongyeon and Chaeyoung to “Sweet Summer Day,” according to the agency. 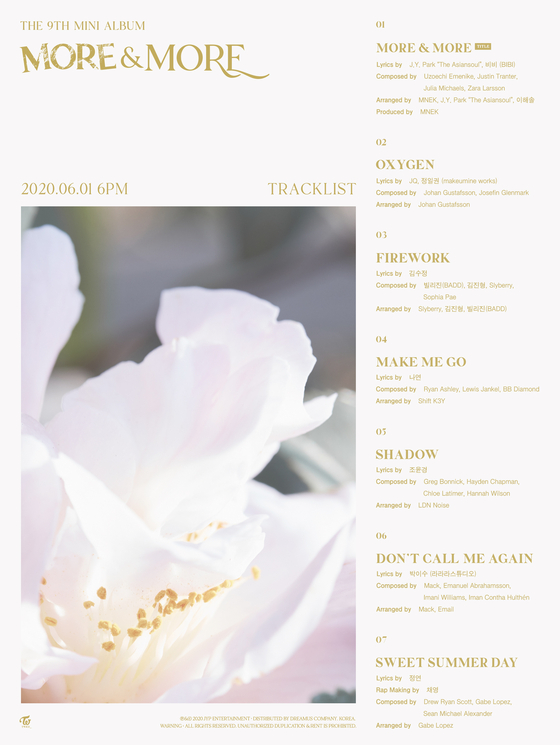 Twice, a nine-member girl group, debuted in 2015 through the TV audition program “Sixteen.” The group rose to stardom with their single “Cheer Up” in 2016 when it hit No. 1 on the Gaon Digital Chart and continued to release hit albums, making it into Billboard’s “21 Under 21 2017: Music’s Next Generation” list — the only K-pop group to be included that year.