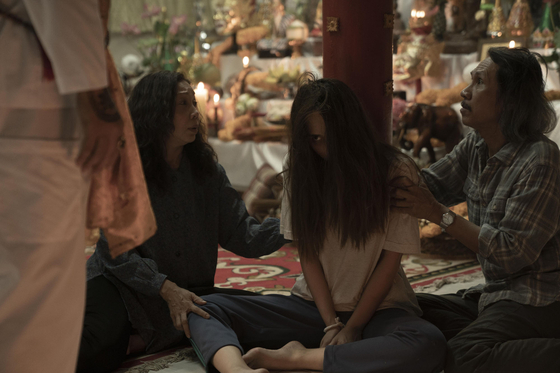 
A documentary team visits a secluded town situated in the Isan region of Thailand to film the town shaman Nim and her practices. While following Nim, they perceive a change in her elder sister Noi’s daughter Mink. Nim initially regards it as a sign that Mink will inherit her role, and the staff begins to closely monitor Mink as well.

As her niece’s symptoms begin to worsen, however, Nim realizes that inside of Mink isn’t the benevolent God that she worships but a cluster of evil spirits.

As Nim prepares the ritual to get rid of the spirits inside of Mink, she seeks more guidance from her God.

The Thai film marks the first collaborative project between director-turned-producer Na Hong-jin of “The Wailing” (2016) and director Banjong Pisanthanakun, best known for horror films such as “Shutter” (2004) and “Pee Mak” (2014). Na also co-wrote the original script of the film with writer Choi Cha-won. 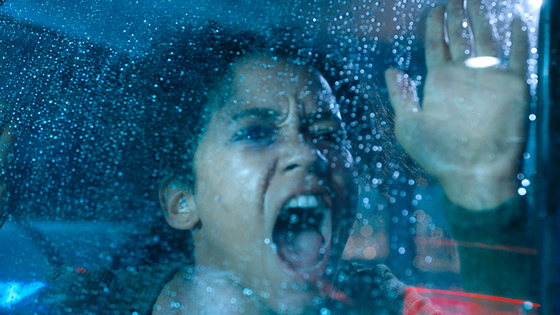 
In the aftermath of “Escape Room” (2019), Zoey Davis and Ben Miller are still reeling from the traumatic events they experienced during the first round of the escape room, from which the duo emerged as the two sole survivors.

The creators behind the orchestrated rooms, called “Puzzle Makers,” still remain a mystery, as all the evidence was erased after they got out. They decide to find out who and why someone would someone design rooms to murder people, but during the process they become entrapped in another escape room.

This time they’re joined by other survivors from different rooms, and their worst nightmares are replayed as the players are forced to join in another round at put their lives at stake.

Actors Taylor Russell and Loan Miller reprise their roles as Zoey and Ben.