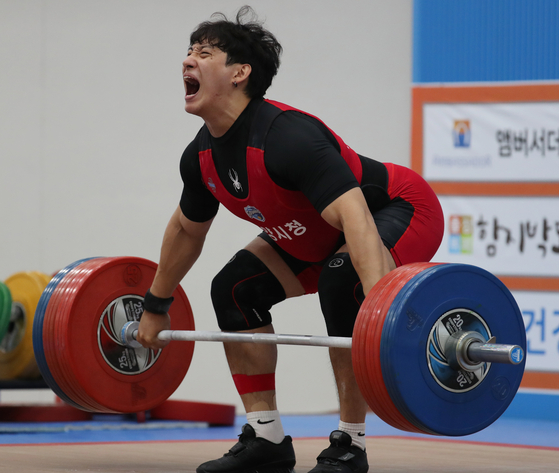 
Seven Korean weightlifters, three men and four women, are headed to Tokyo and looking to lift some silverware.

There are seven weight classes each for men and women in Olympic weightlifting. Each country is allowed to enter one athlete in each weight class, but they can't enter an athlete into every class — only a maximum of four men and four women per country are permitted.

Originally, Korea was set to compete in eight events, the most one country can qualify for, but Won Jeong-sik, who was to be the oldest of the group, dropped out of the Olympics on Saturday due to an ankle injury. 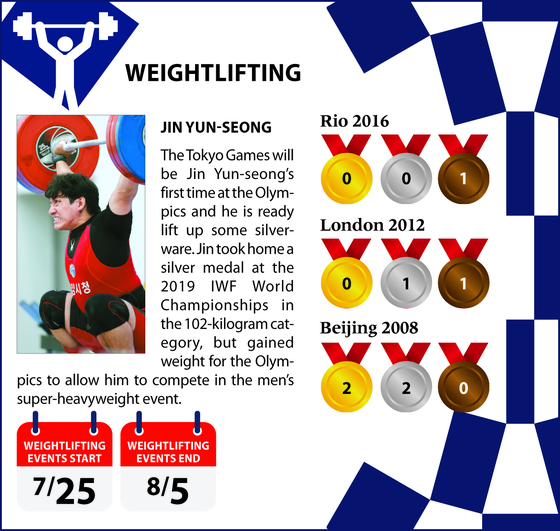 Jin is a rising star, having won the gold medal in men’s 94 kilogram at the 2014 Asian Cup and Interclub Weightlifting Championship. He started to increase his weight in 2017, and in 2019 he won the silver medal at the IWF World Championships for the men’s 102 kilogram.

However, because the Tokyo Games does not have a 102 kilogram category, Jin gained more weight to compete in the 109 kilogram Olympic event. Jin finished fourth in the men’s 109 kilogram contest at the 2020 Asian Championships in Tashkent, Uzbekistan from April 16 to 25. 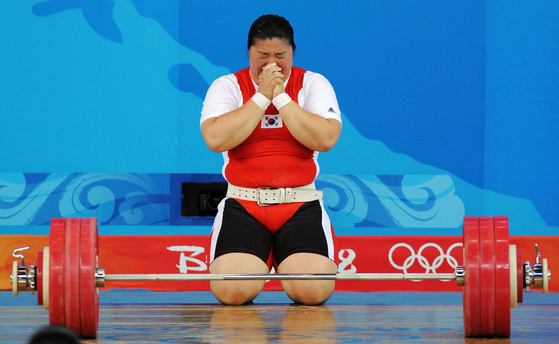 
In many ways, Korea's Olympic story starts with weightlifting. At the 1948 London Summer Games, Kim Sung-jip was one of the first two Koreans ever to reach an Olympic podium after he won the bronze medal in the men’s under 75 kilogram weightlifting event.

Korea has taken part in the weightlifting contest at every Games since then except the 1976 Montréal Olympics, and has won three gold medals, six silver and six bronze medals so far. It ties for eighth, alongside boxing and table tennis, on Korea's all-time gold medal ranking.

The 2008 Beijing Olympics was the golden age of Korean weightlifting, with Jang Mi-ran claiming the first gold medal for women’s weightlifting. 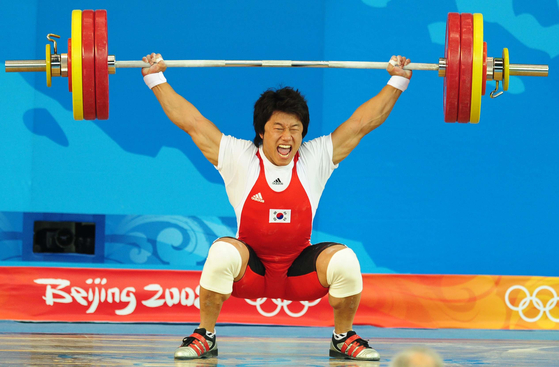 However, Team Korea is yet to live up to that successful history, as weightlifting hit a dry spell at the Rio Olympics with just one bronze medal that Yoon won in the women’s 48 kilogram. This time, Korea is looking for redemption.