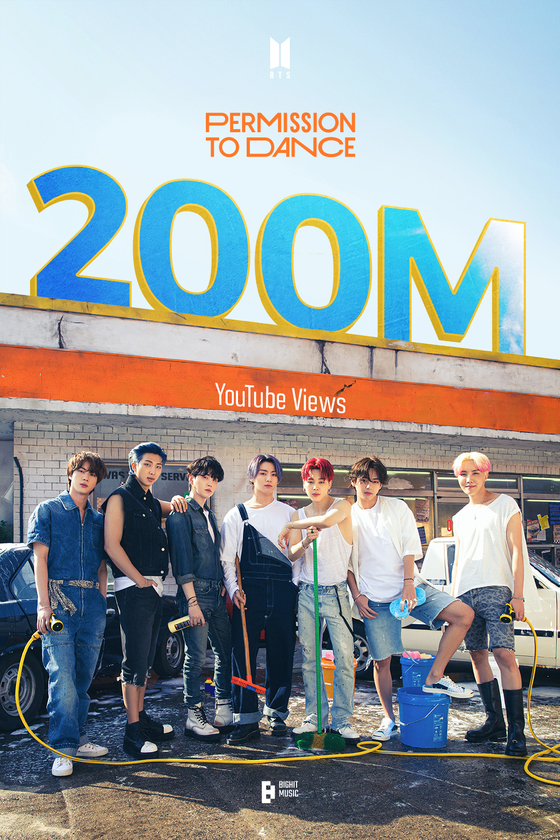 
Another music video by BTS surpassed 200 million views on YouTube. The music video of its most recent song “Permission to Dance” has become the group's 22th song to hit the mark, as of Monday.

It took about 52 hours for "Permission to Dance" to surpass 100 million views online on July 11. As soon as the video was uploaded online, there were said to have been about 2.3 million people simultaneously trying to watch the video. That is the fourth largest number the group has seen, following the music videos to “Butter,” “Dynamite” and “Life Goes On.”

The song “Permission to Dance” reached No. 1 on Billboard’s singles chart Hot 100 last week, taking the baton from its own song “Butter,” which secured the top spot on the same chart for seven straight weeks.