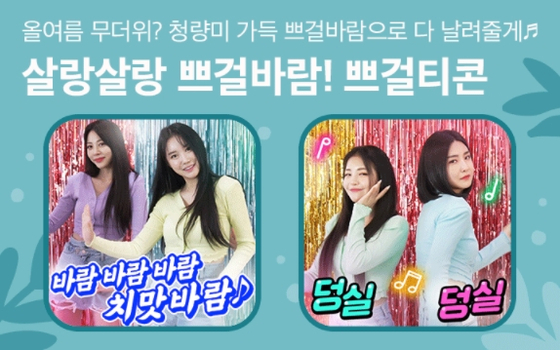 The collection is called “Breezy Bbeugirl Wind! Bbeugirlticon.” “Bbeugirl” is the group’s nickname which comes from the first and last sound of the Korean pronunciation of “Brave” along with the first sound of “Girls.”

In one example, Min-young laughs along with the caption “Ahahaha,” and in another all four members wave their hands excitedly with the word “Hello!”