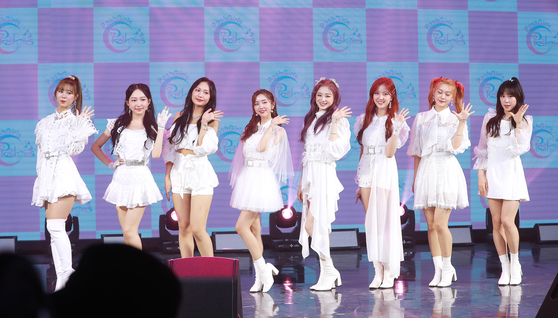 K-pop girl group PoshGirls holds a debut showcase on Wednesday at the ASSA Center in southern Seoul. It was streamed online for fans. The new girl group, launched by NO. 1 Media, consists of eight members from Korea and Japan. During the showcase, the group performed several tracks from its debut EP, "S. O. G.: Songs of Goddess." [ILGAN SPORTS]