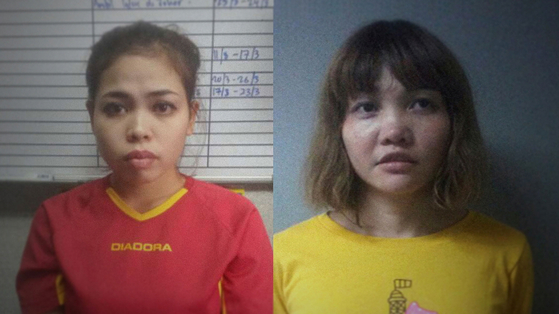 The two women — Indonesian national Siti Aisyah, left, and Vietnamese national Doan Thi Huong — who were accused of the assassination of Kim Jong-nam at Kuala Lumpur International Airport in Malaysia. [THE COOP]


On Feb. 13, 2017, news outlets around the world turned their attention to Kuala Lumpur International Airport in Malaysia where Kim Jong-nam, the half-brother of North Korean leader Kim Jong-un, had been assassinated in broad daylight.

The news reports that followed became more and more astonishing as it was revealed the two suspects accused of killing Kim in the middle of a bustling airport were two young women in their 20s who had smeared the highly toxic VX nerve agent on his face.

Doan Thi Huong from Vietnam and Siti Aisyah from Indonesia were put on trial for murder on Oct. 2, 2017. The two women pleaded not guilty and claimed they were tricked into the assassination under the pretext of filming for a prank show.

The upcoming documentary “Assassins,” directed by American filmmaker Ryan White, explains the political power games and diplomacy centering around North Korea, follows the murder trial of the two women, delves into their pasts and uncovers how the duo were manipulated into becoming unwitting pawns in an assassination. 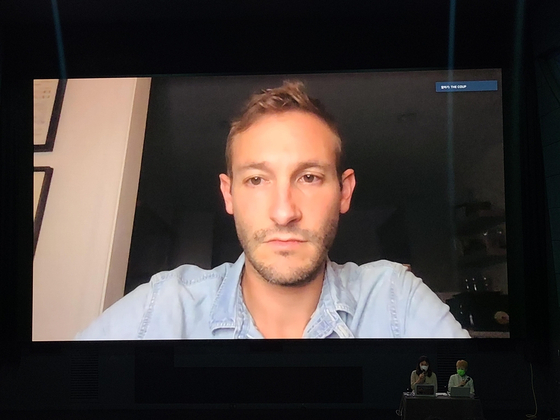 Ryan White answered questions from the Korean press after the press screening of his film "Assassins" on Wednesday at Lotte Cinema's Konkuk University Entrance branch in eastern Seoul. [YONHAP]


At an event with Korean press at Lotte Cinema’s Konkuk University Entrance branch in eastern Seoul on Wednesday, White reminisced that he began filming the documentary with the same outlook as most who know the story — the pair were guilty.

“They were admitting that they assassinated Kim Jong-nam but were saying they didn’t know they were about to assassinate someone,” White said. “The story seemed too strange to be true.” 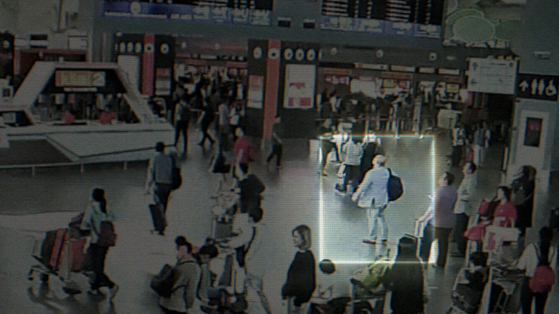 
The filmmaker was initially contacted by a journalist Doug Clark who was following the aftermath of the event, and had published an in-depth story regarding one of the suspects, Aisyah titled “The Untold Story of Kim Jong-nam’s Assassination” in American magazine GQ. It was around the same time as the release of White's Netflix docuseries “The Keepers,” which explored the unsolved murder of a nun.

“He said, ‘I think there’s a lot more to this story than what anybody knows’ and that’s when he told me the prank show defense,” White said. “It was about to be entered for the women but wasn’t public knowledge at the time, and it seemed so unbelievable. But I knew whether the women were telling the truth or whether they were lying that it would be a very interesting hook for a documentary.”

As White began to follow the trial, and go through thousands of pages of texts and social media messages on the women's phones and accounts, as well as hours of CCTV footage, his opinion started to sway.

White noted the lack of evidence to show Huong and Aisyah were aware of what they were being recruited for and the fact that four North Korean agents, who are alleged to have been behind the assassination, fled the country immediately after the murder, leaving the women to take the blame. 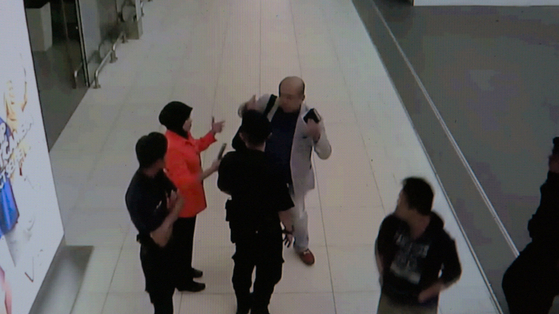 Kim Jong-nam requesting help from an airport receptionist after he was poisoned. [THE COOP]


“Literally, there was no evidence ever brought up during the trial that proves that the women were aware of what they were doing,” White said. “The only piece of evidence that was ever used by the prosecution and the judge pointed to was that the women washed their hands after the assassination and that Doan looked aggressive the way she touched his face. [But as the audience will see when they see the film] the washing of the hands we were able to see in the text messages. They have been conditioned to do that by the North Koreans after many, many pranks so that didn’t seem to me to point to any guilt. And the aggressive behavior of Doan — you’re watching grainy CCTV footage and that’s totally behavioral interpretation that I think by no means is evidence of guilt or innocence.”

White said the most surprising moment in his filmmaking career came when the case against Aisyah was suddenly dismissed and she was released from prison in March 2019, when, according to White, “everybody on the ground there were telling me that the women were going to be found guilty and therefore executed.” In Malaysia, murder is among 12 offences that are deemed to warrant the death penalty.

“Nobody saw that coming, including the judge and including the prosecution,” he said. “So that was a real turning point in not only the case and not only the women’s lives but also in my film. It was a huge relief — Doan was facing the ultimate sentence and fortunately it turned out she wasn’t executed either. So I think in a lot of ways we were even lucky that we could release a film about this because if it ended with them being executed, I don’t even know if we could have finished that film.” 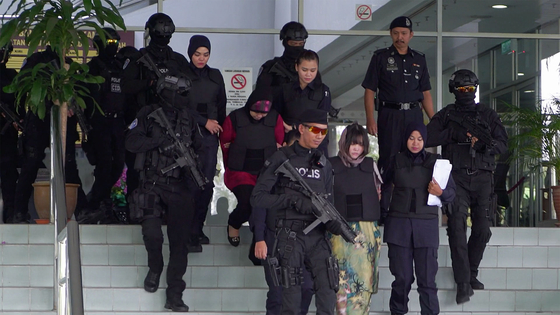 Doan Thi Huong, front, and Siti Aisyah being transported back to prison after trial. [THE COOP]


It was later revealed that the Indonesian government had sent a letter of request to Malaysia's attorney general to release its citizen.

The murder charge against Huong was dropped on April 1, 2019, as she pleaded guilty to the charge of “voluntarily causing hurt by dangerous weapons or means.”

A month later, both of the women were safely back in their homes in their respective countries.

White said one of the biggest hurdles in the filmmaking process was persuading the women to sit for an interview.

“I know, understandably that they were afraid of people coming in and saying, ‘Oh, I’m making a movie, you know, I want you to be in it,’” he said. “That was what got them into this trouble so they were very wary of any involvement in any sort of film or documentary. So that was its own process to get the two women to participate and thankfully they both did.”

He also shared their reactions to the film during the press event.

“Both of their reactions have been very positive,” he said. “I warned both of them when watching the film that we maintain the suspense of a film and after the first half of audiences will wonder whether they're innocent or guilty because I wanted to present it the way the world experienced it, the way I experienced it [...] I think it was obviously emotional for them because they were getting to see their families talk about them while they were in prison, so I don’t think it was easy for them to watch.”

White thinks that even Kim Jong-un will want to see his film.

“I can only assume because of the way this assassination was engineered — I think North Korea could have assassinated Kim Jong-nam in a much quieter, more secret way — and there was a reason that they did it so publicly and there’s a million theories on why it was so public, but I think the predominant one is that they wanted it to be public and they wanted to create a fear factor not only to threaten Malaysia but also countries all around the world. I would assume Kim Jong-un and the people who committed the assassination were very well aware this was going to be a public spectacle so you know, I would imagine yes, they would probably want to watch a film about it since they didn’t try to hide this.”

In June, the Korean Film Council evaluated that "Assassins" could not be deemed an art film. The decision faced backlash from the film's local distributors — The Coop, Watcha and KTH — which led the council to reconsider their decision. "Assassins" was later deemed an art film, a status that is crucial for independent films as it means they can be screened at art theaters.