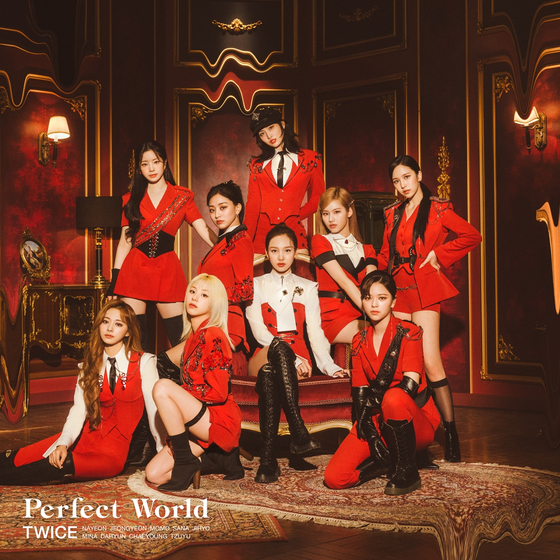 The album, released Wednesday, contains 10 Japanese tracks, including the title track and three other singles that were released in advance: “Fanfare,” “Better” and “Kura Kura.”

The title track, “Perfect World,” is an up-tempo dance song about being strong even in troubled times. After it was released on music streaming sites on June 29, the song debuted at No. 1 on the Line Music chart.

On Wednesday, the group held an online fan event where it performed “Perfect World” and talked about the other tracks. The event was viewed by 480,000 fans from all over the world.

“We will do our best for our fifth anniversary,” Sana, one of the members of Twice, said on the group’s fourth anniversary since its debut in Japan. “We hope our fans will join us on the journey.” The group made its Japanese debut on June 28, 2017.