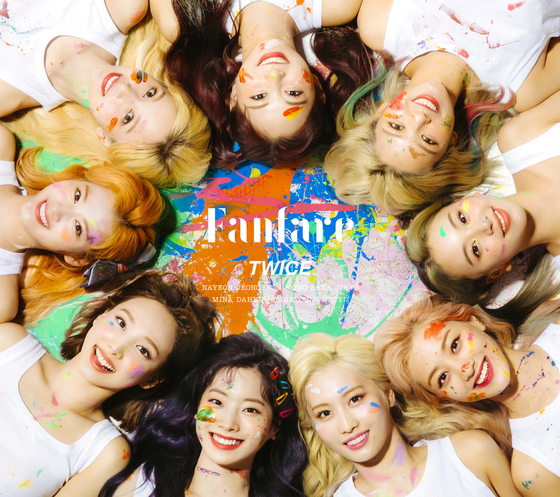 Before the album, Twice released the song “Fanfare” along with the music video on June 19 as a promotion. "Fanfare" topped Japan’s Line Music Top 100 Weekly Chart from June 17 to June 23.

To celebrate the release of the album, Twice went live on five different social media platforms on Wednesday, recording a total of 460,000 views.

For every record it released in Japan, Twice earned platinum record certificates — which are awarded to releases that sell more than 250,000 copies — including for the group's first single “One More Time” (2018) and its second full-length album “&Twice” (2019).

Twice is expected to receive its 10th platinum certification, given that "Fanfare" sold 257,306 copies as of Thursday.