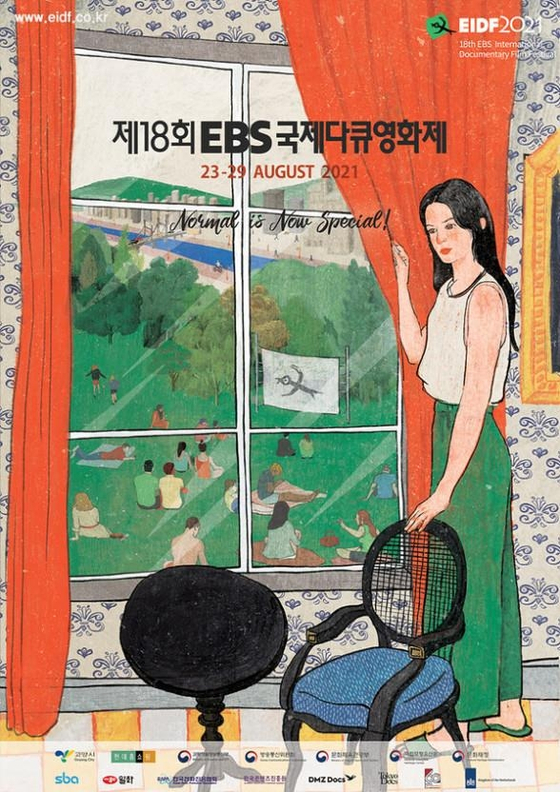 The poster for the 18th EBS International Documentary Festival [EBS]


The 18th EBS International Documentary Festival (EIDF 2021) will return on Aug. 23 and will run through the 29, with the slogan “Normal Is Now Special,” according to the educational public broadcaster on Thursday.

EIDF is an annual documentary festival hosted by EBS and sponsored by the city of Goyang, Gyeonggi. EIDF 2021 will be screened in local theaters, on television channel EBS 1TV and via EBS’s documentary streaming service D-BOX.

EIDF 2021 has nine sections, most of which have been renamed or newly established. There are four new non-competition categories this year — “Contemporary Docs Panorama,” “Close-Up Icon,” “Doc’s Fever” and “Power of Dutch Docs.”

While the other three new sections are here to stay, “Power of Dutch Docs” is a special once-off section for this year’s festival only. It was added to celebrate the 60th anniversary of diplomatic ties between the Netherlands, the host country of the International Documentary Film Festival Amsterdam (IDFA), and Korea.

Most of the films will be provided with English subtitles.

EBS said on its social media accounts that it “realizes how happy times were before the pandemic,” and that this year’s EIDF “aims to contribute to making a new normal amid the Covid-19 era [...] Just like documentaries give us the opportunity to reflect on our lives, Covid-19 also gave us lots to think about.”

The offline press conference was canceled to due to the pandemic, with EBS announcing that all festival-related activities will be in compliance with the government’s social distancing guidelines.