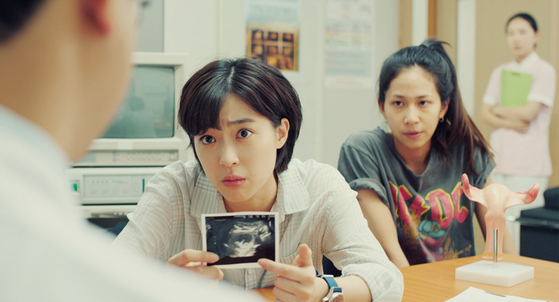 
Independent film “Ten Months” has been invited to compete at the Uncaged section of the 20th New York Asian Film Festival (Nyaff) which kicked-off today and will run simultaneously both online and offline until Aug. 22.

It is the only Korean film to screen in the competitive section. It revolves 29-year-old game developer Mi-rae after she realizes she’s 11-weeks pregnant.

Other Korean films, such as director Ryu Seung-wan’s “Escape from Mogadishu” and disaster comedy “Sinkhole” have been selected as opening and closing films for the festival while films like director Lee Joon-ik’s black-and-white film “The Book of Fish’ (2021), “Samjin Company English Class” (2020), and upcoming films “Snowball” and "Spiritwalker" have also been invited to screen.

“Ten Months” is scheduled to be released in local theaters sometime later this year.

Ten of NCT will release solo single 'Birthday' on Oct. 26