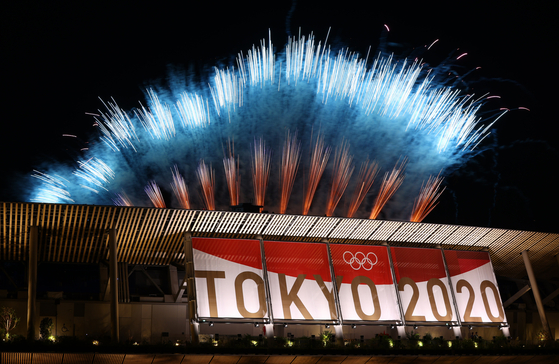 Fireworks are set off above the Olympic stadium in Tokyo during the closing ceremony on Sunday evening. [REUTERS/YONHAP]


The 2020 Tokyo Olympics officially finished on Sunday evening, ending 16 days of athleticism and excitement and passing the baton to Paris 2024.

One athlete for each of the 206 countries including the Refugee Olympic Team came onto the stage as flag bearers. Korea’s flag bearer was Jun Woong-tae, the bronze medalist in the men’s modern pentathlon. 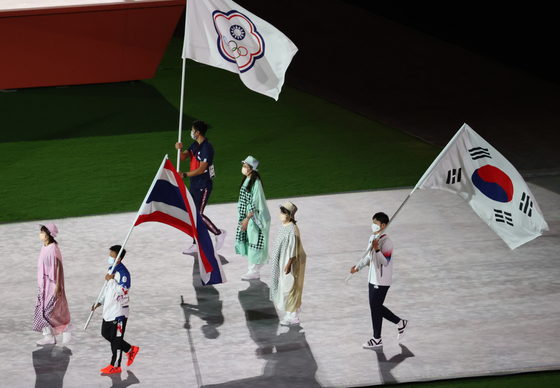 
The Olympic March that played at the 1964 Tokyo Olympics, the first Olympics held in an Asian country, played once again to welcome the Olympians. Unlike the opening ceremony, where athletes came in as groups of countries, the closing ceremony saw athletes from different countries around the world enter the stadium freely mingling amongst themselves.

The number of athletes was significantly lower, as, under Olympic social distancing rules, athletes were required to leave Japan within 48 hours of their events finishing. 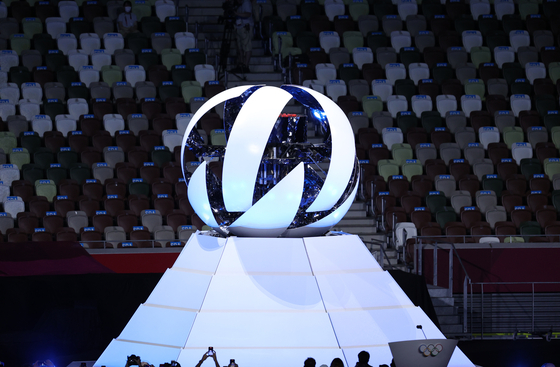 The Olympic flame is extinguished during the closing ceremony of the 2020 Tokyo Olympic Games at Olympic Stadium in Tokyo on Sunday evening. [Xinhua/YONHAP]


Tokyo bid farewell to the Games handing over the Olympic flag to Paris where the Olympics will be held in three years time. La Marseillaise, the French national anthem, played with a video of a BMX rider touring the Olympic venues that will stage the 2024 Paris Olympics, ending with an astronaut playing the last part of the anthem with his saxophone in space.

“We did it, together,” Thomas Bach, president of the International Olympic Committee, said during his ending remarks. “And now, I have to mark the end. I declare the 32nd Olympics closed. Au revoir à Paris.”

Now Tokyo warms up for the Paralympics that start on Aug. 24. Korea will compete in 14 of the total 28 events including two new additions: Badminton and Taekwondo.