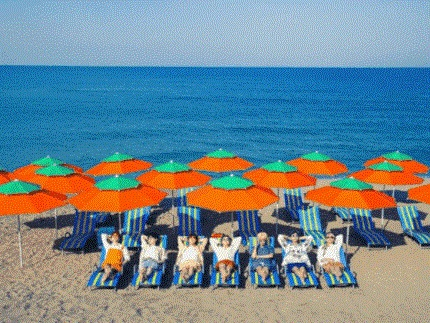 The concept image for BTS's "Butter" was filmed on Maengbang Beach in Samcheok, Gangwon. [YONHAP]


Lesser known spots in Korea are getting more attention thanks to BTS.

With restrictions in place on international travel due to the Covid-19 pandemic, the boy band has been choosing local sites to film its music videos.

Most recently, World Cup Bridge in Seoul, which is not even open yet, was given some global attention thanks to BTS’s performance on the bridge which aired on NBC talk show “The Tonight Show Starring Jimmy Fallon” on July 14. The video of BTS performing its hit song “Butter” was uploaded on the show’s Youtube channel and has been viewed over 14 million times so far.

In between the members’ dance moves, it is possible to see the nightscape of Seoul around the Han River. Comments on the video express amazement that the band was able to take over the entire bridge for the performance.

Back in June, the Seoul City Government got a surprise request from BTS. Through the Seoul Film Commission, the band had asked the government if it was possible to make a video on the World Cup Bridge.

The city government accepted the request, which was vague in details, as they saw it as an opportunity to promote the bridge that’s scheduled to be completed and open to the public by the end of the year. Construction of the bridge has been ongoing for the past 11 years so the city government needed a way to get some attention back on the bridge.

And that plan worked. 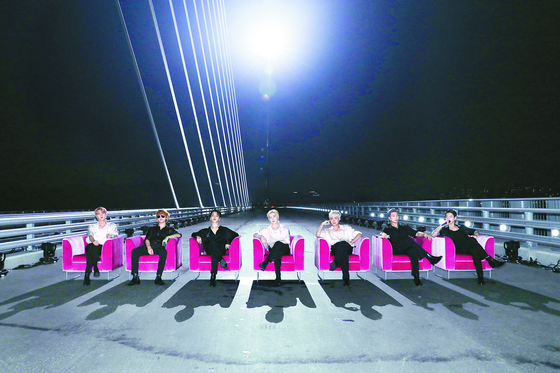 
Not just locals, but BTS fans from overseas who saw the performance, all began questioning where the bridge is located.

“Since the group is a global artist we wanted to cooperate, and it actually worked so well to promote [the bridge],” said an official with the city government.

It was the group’s agency Hybe which took the lead on making the video shoot on the bridge happen. 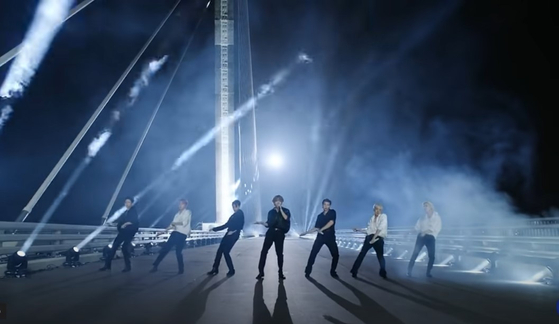 
“Securing the spot to film, as well as other overall decisions related to the shoot was led by a local team rather than the production team of the Jimmy Fallon show,” said an industry official. “The lighting on the bridge was all set up by a local team.”

The main construction company Samsung C&T also assisted in making the filming happen. The company’s staff came together to check the bridge three times from June 12 to 16, moved some of the heavy machinery on the bridge, as well as other construction materials, and even cleaned the bridge.

It isn’t just the capital city that’s enjoying popularity thanks to content created by BTS. Other regions in Korea which were the locations for a video or photo shoot for the band are also gaining recognition.

Maebang Beach in Gangwon’s Samcheok, which was used for the photo shoot for the concept images of “Butter,” is now known as an ARMY (BTS's fans) hotspot. Since July 30, Samcheok City Government has set up a beach volleyball net and beach chairs that were both featured in the photo shoot so that visitors can recreate the photos.

On Aug. 3, a weekday, there was a line of people waiting for their turn to sit on the chair and take photos.

“After I saw the album jacket for 'Butter,' I thought it was so pretty so I came to see this in person,” said 14-year-old Lee Su-a from Geoje, South Gyeongsang.

While World Cup Bridge was already inaccessible to the public when BTS was filming there, Maebang Beach is open to anyone so security was tight on the day of the photo shoot.

Also, unlike the World Cup Bridge, getting permission to shoot on the beach was a much easier affair. One day in March, a phone call came through to the city's tourism department. The man on the phone, who introduced himself as an official related to BTS’s agency, asked what needs to be prepared to get approval to film on the beach. 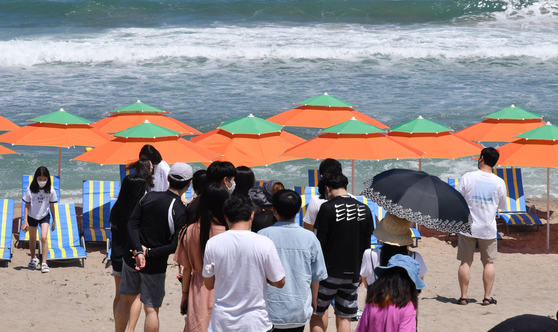 Visitors to Maengbang Beach in Samcheok are waiting in line to recreate the concept photos of BTS's "Butter." [SAMCHEOK CITY GOVERNMENT]


The official who answered the call told him that there was no need for any official approval if they simply planned on taking photos. However, the shoot was kept a secret to keep fans from gathering in the area.

The cover of the band’s 2017 album “You Never Walk Alone” was taken on Hyangho Beach in Gangneung, which has now become one of the most popular BTS-related travel destinations. For the cover image, a fake bus stop was set up and then torn down, but after many fans inquired about the exact location of shoot, the city government re-erected the bus stop in 2018.

Chuncheon’s Gail-ri in Gangwon is another spot that earned popularity after BTS members filmed there for a reality program titled “BTS in the SOOP” that was released last year. Each member fished and spent some relaxing in the area, inspiring fans to take their own vacations to the area.

“If BTS shows up, the PR effect is enormous,” said an official with a regional government. “Most officials wish BTS would stop by their area at least once.”

BTS, Hyundai Motor to release 'Yet To Come' remake ahead of FIFA World Cup Qatar 2022