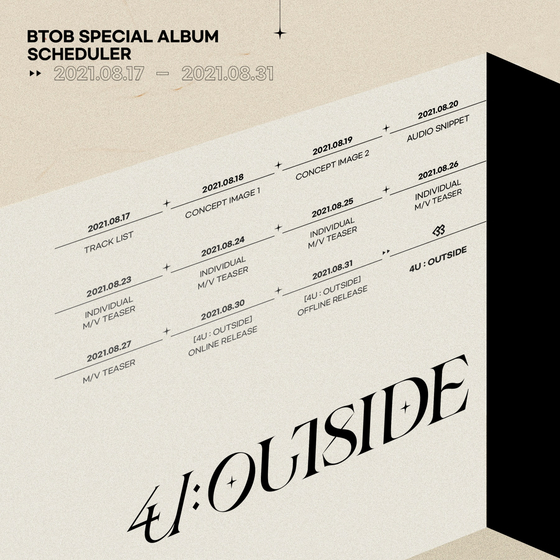 
BTOB is teasing fans with a countdown schedule until the release of the boy band’s upcoming album, “4U: Outside.”

According to the schedule, which was uploaded on the band’s social media channels Monday, a series of concept photos, audio clips and teasers for the music video will be released over the course of two weeks, starting Tuesday. The track list for the album will be revealed first.

It has been nine months since the band’s last album, “Inside,” released last November. “Inside” is the first EP of the band’s subunit BTOB 4U, which debuted the same month as its release.

“4U: Outside” will be released on music streaming sites on Aug. 30.