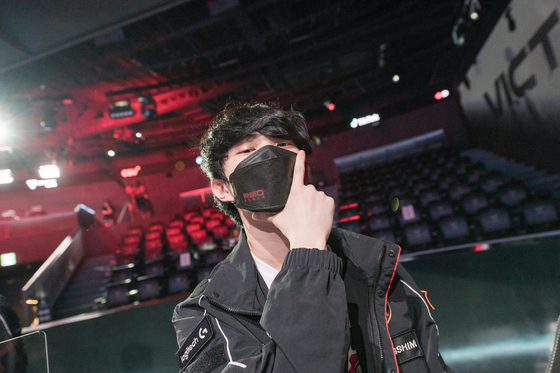 
Nongshim RedForce took down Afreeca Freecs 3-1 in the first round of the 2021 League of Legends Champions Korea Summer Split playoffs on Wednesday evening.

While the match was expected to be close, fans and experts alike had generally predicted a victory for Nongshim, who were far more consistently good over the regular season and would have a definite advantage in the bottom lane thanks to the powerhouse duo of Seo "deokdam" Dae-gil and Kim "Kellin" Hyeong-gyu.

The first set featured a chaotic early game, with Lee "Rich" Jae-won solo-killing Kim "Kiin" Ki-in and Song "Fly" Yong-jun doing the same to Kim "Gori" Tae-woo. Nongshim grabbed the lead first by punishing Afreeca's mistimed attempts to secure objectives, but Afreeca's subsequent mid game ambushes added up to make up for that and more. With Gori and Han "Peanut" Wang-ho's Yasuo-Diana duo declawed, AF closed out in convincing fashion with Kiin's Viego at the helm.

Afreeca's momentum bled into the second game, with all three lanes independently securing priority early on and giving Lee "Dread" Jin-hyeok a dream start. Things in the top lane went particularly poorly for Nongshim, with Peanut's desperation gank on Kiin backfiring spectacularly and ending in a double kill for AF.

This imbalance bled over to the rest of the map come mid game teamfights, with Fly's Ryze picking up a handful of kills and threatening to take over the game.

Yet Nongshim refused to go down easily. A risky but clutch call to burst down Baron went in NS's favor, as did the ensuing teamfight, which allowed them to flip their 6k gold deficit within a mere three minutes. With the inferior 5v5 composition, Afreeca were suddenly left with no clear win condition and quickly crumbled afterwards.

With the score tied at 1-1, both teams doubled down on their approach to the draft, with Nongshim picking Diana for the third straight game and Afreeca opting again for Ryze. This time, it was NS who grabbed the early advantage by winning several skirmishes back-to-back. With a dive composition well-equipped for quick snowballs, they pressed their lead and closed in 27 minutes.

The fourth set finally saw both teams make adjustments to their drafts due to Afreeca banning Diana. Peanut chose to play Nidalee instead, while Fly pivoted to Renekton. Some surprise picks, such as Syndra for Han "Leo" Kyeo-re and Sett for Gori, came out as well. Despite the changes, however, the game itself played out in a somewhat similar manner to the third, with Nongshim grabbing an early lead and steamrolling toward a quick victory, fueled by Gori's clinical performance on Sett.

"Heading into the game, I told our players that all we needed to do was keep our heads clear because Afreeca would be far more nervous than us," Nongshim coach Lim "Comet" Hye-sung told the Korea JoongAng Daily after the match, "since their chances of going to Worlds would be eliminated if they lost, whereas we still would have another chance to make it through the regional qualifiers. I think the match mostly went according to our expectations."

Apart from having to make a few adjustments after the first game — pivoting away from Ziggs and banning away Varus, namely — Comet said all of the drafts today fell within the boundaries of what Nongshim had prepared and hinted that the team still had a lot left up their sleeves.

"I know this might come off as an anachronism, but sometimes the key to victory really is identifying that 'our plans aren't wrong' and 'minimizing our mistakes,'" Comet said, acknowledging the notoriety of those two phrases within the Korean League of Legends community. "We had confidence in our draft strategy overall. As soon as we made those slight tweaks, we started winning."

Nongshim RedForce will play against either DWG KIA or Gen.G Esports this weekend in the second round of the playoffs. Which team they face will be decided tomorrow by DWG KIA, who won the right to select their semifinal opponent by placing first in the regular season.

KBO postseason to begin on Oct. 12