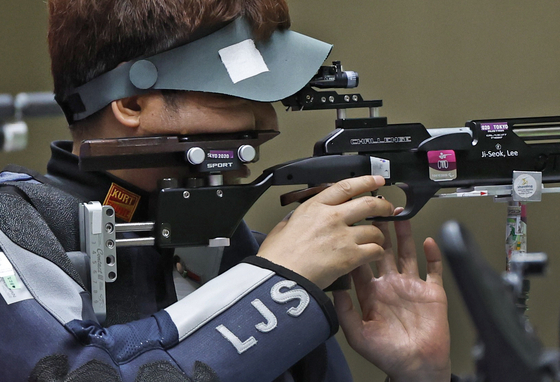 Lee was involved in a traffic accident in 2001 that injured his spinal cord and impaired his lower limbs. He joined the national team in 2006 and not only has he since added many international medals to his name, he holds the current world record for the mixed 10-meter air rifle with 254 points, set in May 5, 2018. The 47 year old became a three-time Paralympian at the Tokyo Games with two Paralympic gold medals from the 2008 Beijing Games to his name.

Earlier in the day, with the top eight shooters qualifying for the final stage, Lee finished fifth in the qualifications with 632.5 points.

In the finals, Lee shot 51.4 to finish the first stage eighth, but managed to pull himself up to seventh at the start of the second elimination stage shooting, 125. he was eliminated from the match with his next two shots.

Lee still has more opportunities to medal, as he will be competing in the mixed 10-meter air rifle prone sport class 2 on Wednesday and the mixed 50-meter rifle on Saturday.