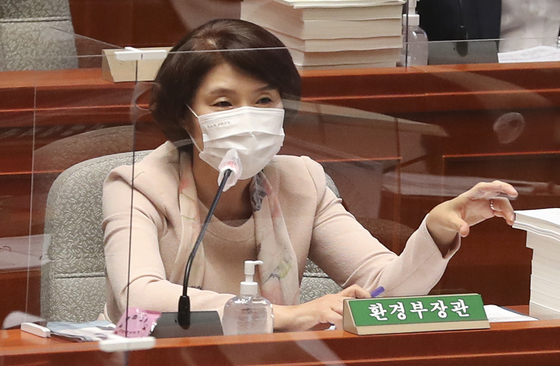 
The Ministry of Environment announced Thursday its goal to create more than 80,000 green industry jobs by 2025.

According to the ministry’s "Green Industry Job Creation Strategy," 20,000 personnel will be trained in green convergence technology, in an attempt to help promising new industries grow and secure work power. This is in line with the government’s Green New Deal and plans to invest more in green industries to adapt to an era of global climate change and build a low-carbon economy.

The strategy also aims to create 4,500 green venture companies specializing in eco-friendly alternative materials and renewable energy to grow at least three unicorns, referring to start-ups that have such promise that they are valued at $1 billion or more.

The Environment Ministry shared its strategy in a jobs creation committee meeting held at the Korea Press Center Thursday morning which involves building the basis for the growth of promising new industries for a circular economy and water and climate response; supporting youth start-ups and the recycling industry; and establishing smart factories and expanding green finance.

The strategy said that in order to realize such goals, there are nine tasks to overcome, including better utilizing future waste resources, such as batteries, and integration of information and communication technology (ICT) in water supply and sewage systems.

It plans to increase employment capacity by supporting commercialization of small- and medium-sized eco-friendly companies with outstanding technologies, establishing regional growth bases such as green convergence clusters and backing the sustainable growth of green industries.

Environment-related jobs are on the rise through intense investment in the public sector.

According to Statistics Korea, from April 2018 to April this year, the growth rate of environmental jobs ranks first among all sectors.

However, some experts point out the need for more relaxed regulations in order to back the green growth strategy, as its green industry technologies may fall behind that of other advanced countries.

“How we foster a green industry based on a low-carbon and circular economy will determine the future,” said Environment Vice Minister Hong Jeong-kee. “We will do our best to increase national competitiveness and create quality environmental jobs by implementing the job creation strategy through developing green industries without any setbacks."

[INTERVIEW] Circular economy is consumerism of the future