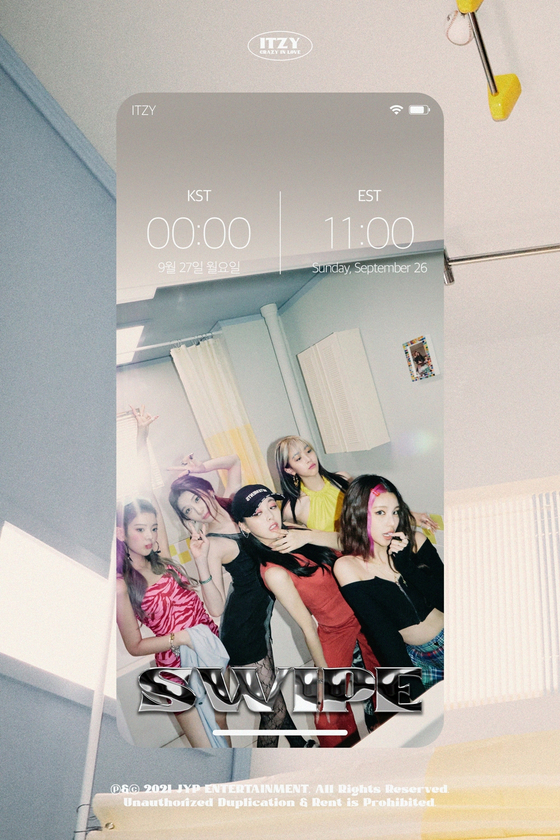 
Girl group ITZY, who is set to drop its first full-length album on Sept. 24, revealed the name of another track on Friday.

The group’s agency JYP Entertainment uploaded teaser photos of the members to its social media channels and revealed the title, "Swipe."

According to JYP, “Swipe” is a warning toward people who cross the line, with a heavy bass and retro clarinet sound. The music video will be released on Sept. 27.

Meanwhile, on Aug. 13, the group announced the lead track of the album was “Loco.”

“Loco” is about feeling strong attraction toward a love interest and was produced by Galactika *, a team of producers that also made ITZY’s hit songs “Dalla Dalla” (2019) and “Wannabe” (2020).