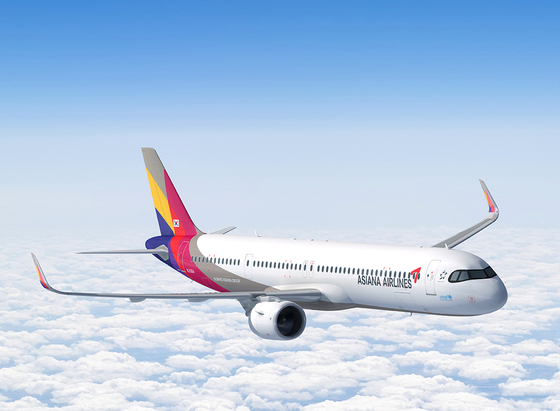 
Asiana Airlines said Thursday it expects the number of passengers flying to Saipan on its planes under "travel bubble" rules will surpass a thousand.

Travel bubbles are agreements between two or more countries to open their borders to travel without strict quarantines. Korea and Saipan agreed to the arrangement in June and the first travel bubble flight to Saipan took off in July.

Asiana Airlines said the percentage of seats filled on a flight to Saipan on Sept. 18 was 85 percent.

Of the 150 passengers on board, more than 95 percent were group tour travelers, according to Asiana.

Based on the number of reservations it has received so far, it said the total number of passengers flying to Saipan will exceed 1,000 by the end of the year.

Demand for travel bubble flights was low at the start, and most of the travelers were residents of Saipan.

Asiana said demand recently jumped thanks to the rise of the vaccination rate in Korea.

“We are preparing to resume international flights in line with the recovery of travel sentiment,” said a spokesperson for Asiana in a statement. The spokesperson added that the company is considering flying bigger planes to Saipan.

Jeju Air said a total of 1,200 people reserved flights to Saipan through this year, while T’way Air said the percentage of seats filled was more than 90 percent for an Incheon-Saipan flight on Thursday and another next Thursday.

“Demand for international travel is expected to recover only when the spread of Covid-19 starts to end,” said Park Sung-bong, an analyst at Hana Financial Investment.