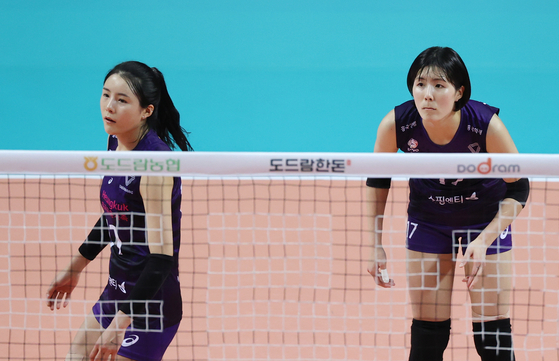 
Twin volleyball players Lee Jae-young and Lee Da-young, who were suspended in February following accusations that they bullied their teammates while in school, may be headed to Greece after all with the Fédération Internationale de Volleyball (FIVB) reportedly set to issue an International Transfer Certificate (ITC) today.

As they were no longer part of the Pink Spiders, the sisters are not bound to the club's indefinite suspension any more. As effectively free agents, the sisters reportedly tried to signed a contract with the Greek club PAOK Thessaloniki but the Greek embassy requested an International Transfer Certificate (ITC) to issue their visas.

However, the Korea Volleyball Association has shown no intention of issuing the certificate, quoting rules regarding international transfers that prohibit any players who have conducted violence, sexual harassment, manipulated game results or evaded military service from playing overseas.

The FIVB is finalizing the last steps of the twins’ transfer, having requested the Korean Volleyball Association for a bank account to receive transfer fees. The deadline for providing account information is 7 p.m. on Wednesday, but the association has decided not to receive any fees with FIVB issuing an ITC regardless. The Greek league starts on Oct. 9.