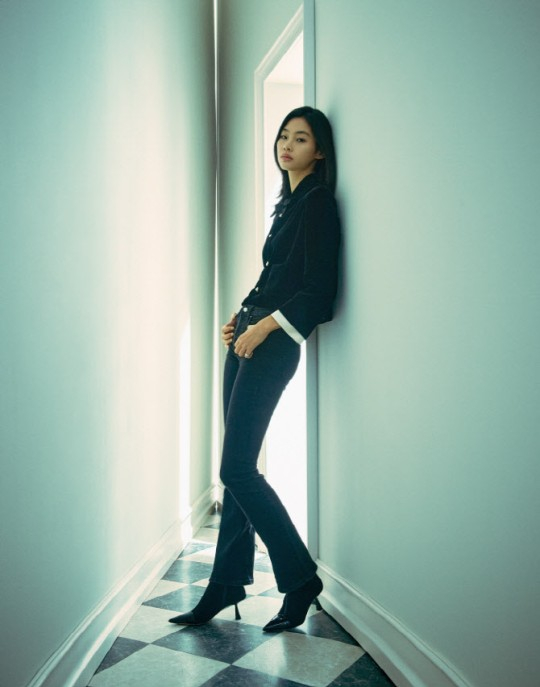 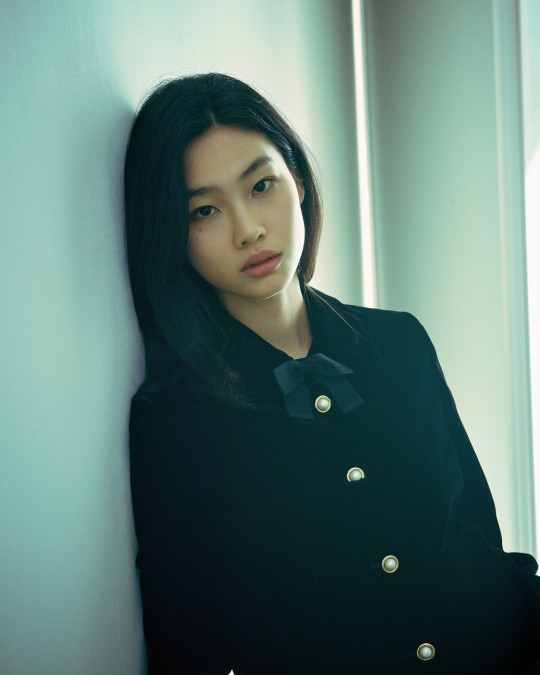 
Model-turn-actor Jung Ho-yeon literally became a star overnight thanks to her first-ever acting job Netflix “Squid Game.” Followers on her social media account continue to grow, hitting almost 17 million as of Friday after the release of the Netflix Korea original on Sept. 17.

Much of the global audience sympathized with the story Jung presented as her character Sae-byeok, a North Korean defector, in comparison to the other leads played by actors Lee Jung-jae and Park Hae-soo. Of the nine episodes in the series, the sixth episode which centers on Jung's character has proven particularly popular.

“There certainly is a burden that I feel, but every morning when I open my eyes, I keep on thinking that I will live another day thankfully and passionately,” said Jung, who used to strut down the runway as a professional model, during a recent interview with the Ilgan Sports, an affiliate of the Korea JoongAng Daily. She shared more about how her life has been since her sudden stardom.

Q. How was your first experience as an actor?

A. I took the audition less than a month after I started working with my new agency. I was really scared, but all I could do was to take time to understand who Sae-byeok is. I canceled all my events for New York Fashion Week and came back to Korea to audition. I wasn’t so satisfied with my acting, but I heard back that I got the role. I didn’t expect to be cast, so I was really surprised.

How has it been to gain more recognition as an actor rather than as a model?

I feel ashamed when I look back on the times I participated in “Korea’s Next Top Model 4” in the past [2013.] I worried the public might not take me seriously as Sae-byeok because I spent too much time modeling before. Thankfully, the audience accepted me as Sae-byeok. 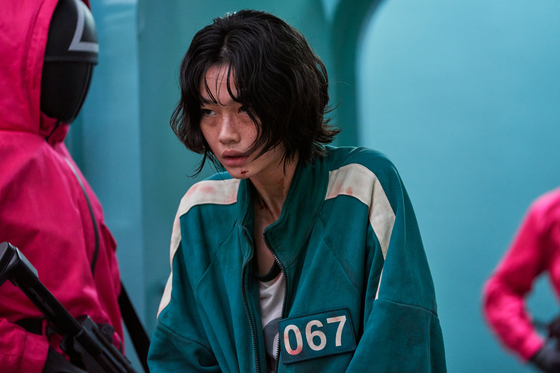 What did you do to analyze the character?

When came to the look of my character, I completely agreed with the ideas the make-up and clothing teams presented. So I didn’t comment anything more on that. They prepared everything to make things more than perfect. For the essence that makes my character, I had to study a lot as I had never really acted much before. I kept a diary thinking about what leads to Sae-byeok’s mental or psychological outlook. I also practiced the dialect many North Korean defectors have. Practicing martial arts was something I did as well.

Why do you think your character is so loved?

I thought “doing things for other’s sake” is what was the most meaningful. Jung Ho-yeon is someone so self-centered, but Sae-byeok is someone who joined the games for her family. I became to think that living a life thinking more about the lives of others is valuable.

Out of all the games presented on the series, which one were you the most confident with?

Red Light Green Light. Since I used to be a model, I’m very good at staying still. (Laughs)

Weren’t you worried about acting?

Director Hwang Dong-hyuk did a lot to resolve any nervousness that I had. He told me that I’m already Sae-byeok, and I’m enough. Actors Lee and Park also cheered me on a lot. All their support contributed to making my character work. Actor Lee Yoo-mi who played the role of Ji-yeong also helped me a lot. Just like Sae-byeok and Ji-yeong became friends instantly, I became close with Yoo-mi fast.

Is there any scene that made a lasting impression on you?

A scene I did with Lee, we made a “No Good” cut, but that cut actually ended up being part of the final cut. I burst into laughter in the scene where I steal Gi-hun’s money. Lee was trying everything to put a straw into a cup of coffee. What Lee showed there was the real Gi-hun. I seriously lost my mind and laughed so hard.

How do you feel about getting global spotlight with your debut work?

The most important homework I have to do is to make sure every step I take from now on is a sturdy one. I am often reminded of what director Hwang told me, that the entire process is made up of small steps. Even though this is a big thing right now, that doesn’t mean that I have become someone hugely different. I’m just myself. My responsibility now is to meet with the audience with my better self, with something that’s more developed. I of course feel some burden, but I’ll cheerfully get ready for my next step.