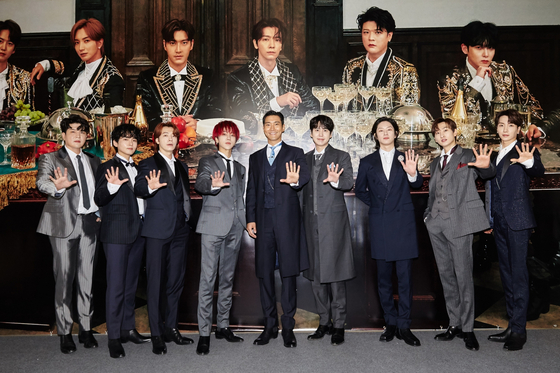 Boy band Super Junior’s hit song “House Party,” released as part of the group’s 10th album “The Renaissance” in March will be played in Dubai from Oct. 15.


According to its agency Label SJ, the song will be the background music to a fountain show on Palm Jumeirah for about one year.

The fountain, opened in October, takes up an area measuring around 1,300 square meters (13,993 square feet). It is decorated with over 3,000 LED lights and the fountain can shoot water as high as 105 meters.

Such announcement come in time for “Feel Korea 2021” in Dubai, a promotional event to encourage locals to visit Korea in the future. Two members of the boy band, Eunhyuk and Kyuhyun traveled to Dubai to perform live on Oct. 15.