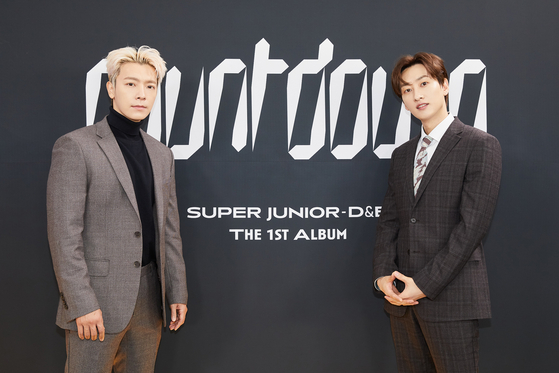 
Super Junior D&E's first full-length album has topped iTunes' album charts in 22 regions, a day after its release on Tuesday.

The subunit of boy band Super Junior, consisting of members Donghae and Eunhyuk, saw its album "Countdown" reach No.1 in Indonesia, Malaysia, Mexico, Singapore, Paraguay and Saudi Arabia, among others.

According to its agency Label SJ on Wednesday, the album also ranked in the top 10 on iTunes' charts in 29 other regions including Japan, the United States, Russia, Spain and Turkey.

Super Junior D&E's first full-length album was released to celebrate the subunit's debut 10 years ago. It consists of 10 songs including the lead track “Zero,” as well as “Beautiful Liar” and “Fair Away."

“Zero” will be performed for the first time on Mnet’s “M Countdown” on Thursday.