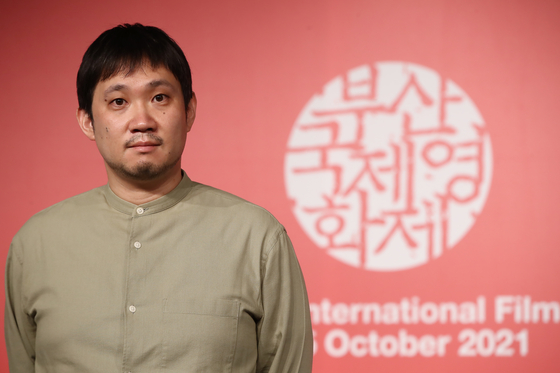 Japanese filmmaker Ryusuke Hamaguchi poses for photos after a press event at KNN Theater in Busan on Oct. 8. [YONHAP]


BUSAN — Award-winning Japanese filmmaker Ryusuke Hamaguchi originally imagined that his film “Drive My Car” would be filmed in Busan, he revealed at the press event on Oct. 8.


The filmmaker visited Busan for the 26th Busan International Film Festival (BIFF) as two of his films — “Drive My Car” and “Wheel of Fortune and Fantasy” — were invited to screen in the prestigious gala presentation section. The section annually invites three films created by influential filmmakers to screen in Busan to celebrate their artistic achievement.

Although “Drive My Car” won Best Screenplay at Cannes and “Wheel of Fortune and Fantasy” won the Silver Bear Grand Jury prize at this year’s Berlin International Film Festival, it is still a novelty for two films made by the same filmmaker to be invited to gala presentation, but according to festival director Huh Moon-young, “they were a must and I say this with confidence that the two films are this year’s masterpieces.”

“Drive My Car” is based on the short story of the same title by Japanese writer Murakami Haruki from his short story collection “Men Without Women.” The story unfolds as theater director Kafuku visits Hiroshima to direct a play for a theater festival. The festival organizers hire a young woman named Watari to drive Kafuku’s car in the region. Throughout the preparation for the play, Kafuku’s interactions with the cast and Watari allows him to open up his emotions regarding his past. 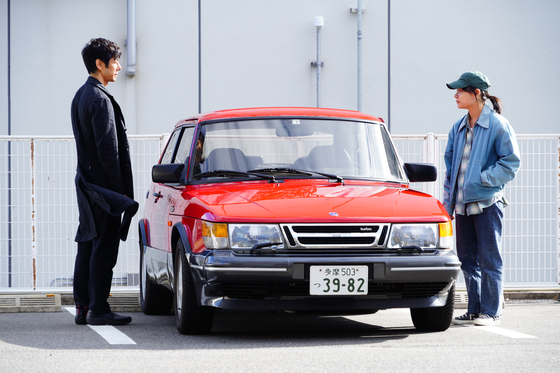 
Despite the filmmaker’s hunt for locations to shoot in Busan in 2019, his plans were shattered because of the Covid-19 pandemic.

“The basic storyline remained almost the same — it was merely the difference of the place, whether it be Hiroshima or Busan,” he said. “The outdoor rehearsal the cast held at Hiroshima Peace Memorial Park would have been held at Busan Cinema Center, and I structured the story so that the Busan International theater festival was to be held there.

“And the long conversation that Takatsuki [one of the actors] and Kafuku have in the car would have been filmed on Gwangan Bridge,” he said. “Personally, I really liked the locations in Busan but the shooting was suspended due to Covid-19. However, I had more time to thoroughly prepare for the film so in a way I was lucky in terms of production.”

The filmmaker also felt that Busan would be easier as a location to film road scenes, as the process to film such scenes in Japan is much more arduous and complicated in comparison.

“In the Japanese film industry, both the budgets and the number of days set for shooting are limited,” Hamaguchi said. “Regarding filming road scenes, there is a norm distinct to Japanese society in which people are extremely careful not to cause any harm or damage to others. We cannot completely close off the roads like in Hollywood and tell people you cannot cross here because we’re filming.”

The filmmaker said that he chose this particular story from Haruki’s collection because he thought it would be the easiest one to depict on screen.

“I believe the attraction of the writer Murakami Haruki’s stories lie in his extraordinary descriptions of the human mind,” he said. “Readers can sympathize with his work by relating the characters’ emotions to their own experiences [...] I think that’s what makes it difficult to turn his stories into a film. I chose ‘Drive My Car’ because the story put relatively more focus on reality and depicts reality much more than his other works, where [the characters] fluctuate between reality and fantasy.”

For “Wheel of Fortune and Fantasy,” the film ties together three short stories based on three women as they explore their relationships and emotions. Hamaguchi said that one of the best reviews he heard was that his vignettes are relatable. 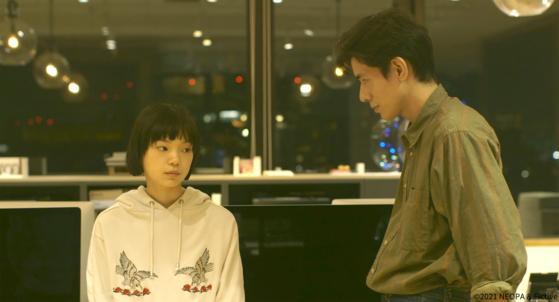 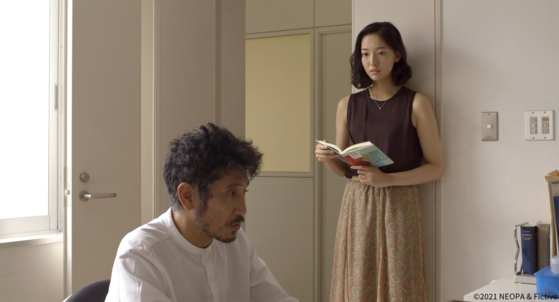 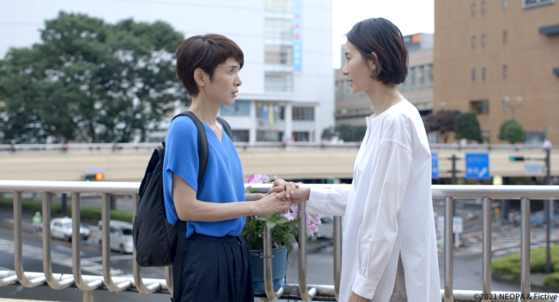 "Wheel of Fortune and Fantasy" is a collection of three short stories centered on three women as they explore their personal relationships and emotions. [BIFF]


“More than often I hear that [the audience] finds it difficult to sympathize with my characters,” he said. “I didn’t write the dialogue because I completely understood the characters, but I did think of them as being quite normal. When I structure my characters, I don’t think about how much others can relate to them. They may be peculiar, but there’s a reason behind their strangeness. In short, I write about my characters with the thought that they behave this way because they have a good enough reason to do so.

The filmmaker also credits his characters for their honesty.

“One of the reasons I guess that people could relate to [the characters] is because of their honesty,” he said. “I think, in contemporary society, especially an Asian one, there are moments when women clash with the social norms when they’re being honest.”

All of the filmmaker’s works seem to contain the theme of betrayal.

“I think it would be difficult to find a film without some kind of betrayal in my projects,” Hamaguchi said. “If you ask me why, I would answer that I don’t know exactly, but I believe that betrayal happens quite naturally as people mingle.” 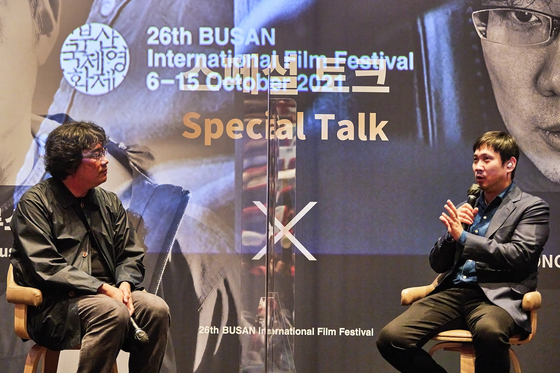 
On Thursday, the filmmaker also held a special panel discussion with director Bong Joon-ho, which Hamaguchi described as being “dreamlike.” When the ticket reservations for the event opened up last month, it was immediately sold out. The event lasted well past the original one hour-and-30 minutes scheduled by the organizers.

“It’s the first time I’ve got the chance to talk to him for so long,” Hamaguchi said. “I was especially happy to talk to Bong about two topics: One, I got to talk to him about [Japanese filmmaker] Kiyoshi Kurosawa. The other is that Bong mentioned his father during our talk, and personally, I was happy that we got to open up to each other on such private matters.”

Although not unheard of, it is still rare for a filmmaker to receive two prestigious prizes for two different films in the same year. While grateful, Hamaguchi said that he tries to remain detached from the wins.

“I am extremely happy,” he said. “But I have participated in BIFF as a jury member before, and one thing I felt was that winning a prize is based on pure coincidences and luck. The film, by timely chance, clicked with the jury’s preferences and that’s how I believe my films snatched the opportunities. I am grateful to be honored with the awards, but I came to think that even if I don’t get any wins, I should not be influenced by that. I think it’s good if you don’t get too swept away by winning, or not winning, awards.”

The 26th BIFF runs until Friday.

'Ajoomma' shows middle-aged women can be stars, too