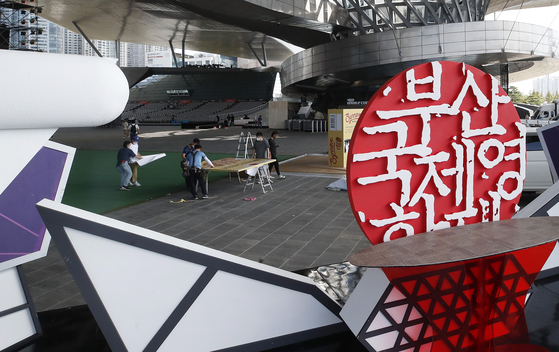 
Organizers of the 26th Busan International Film Festival (BIFF) gave themselves a pat in the back for a successful hosting of the first international event in Korea to be held amidst the Covid-19 pandemic.

The opening ceremony held on Oct. 6 is considered to be the first international event in Korea in with over 1,000 participates. The participants were admitted to the event only after providing a negative PCR test administered less than 72 hours prior to the event or showing proof of being fully vaccinated for at least 14 days.

Only half the seats in the theaters were filled to abide by the social distancing regulations.

At the online press event to wrap up the 10-day event, festival director Huh Moon-yung announced that a total of people 76,072 attended and watched 223 feature films from 70 countries.

“As you know, that the 26th BIFF was the first international event to be properly held in the midst of the pandemic,” Huh said. “We know that this isn’t something to brag about, but for us it was an arduous and difficult process filled with uncertainties, but nonetheless, we strictly abided by the social distancing measures set by the government. One person who participated in the festival was confirmed positive with the coronavirus, but all of those who had contact with that person tested negative.”

Sonje Awards went to “Winter Glove,” direct by Lee Hyeon-ju, and “The Sea Calls for Me,” directed by Tumpal Tampubolon.

The red carpet is back