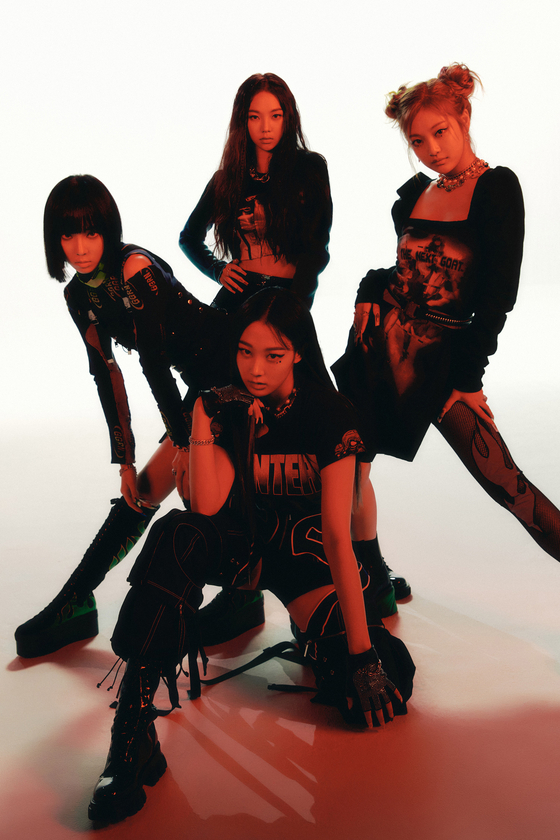 
Girl group aespa was chosen as one of Hollywood’s rising stars by People magazine on Wednesday.

The article on People’s website, titled “Introducing People’s Ones to Watch 2021: Get to Know Hollywood’s Rising Stars,” introduces 12 celebrities, “from the new ‘Bridgerton’ love interest to a onetime Bieber backup dancer.”

“Last year the quartet […] launched in South Korea with their chart-topper 'Black Mamba',” said People. “The single's music video made history, becoming the fastest debut by a K-pop group to notch 100 million YouTube views. Now, with the release of their genre-spanning first EP, ‘Savage,’ aespa is eyeing global superstardom.”

aespa is the only K-pop group on the list, among other celebrities like Sydney Sweeney, Saniyya Sidney, Himesh Patel and Tate McRae.

The group also appeared on another list of “talented emerging artists” by People back in March, along with boy band Tomorrow X Together.

aespa dropped its first EP “Savage” on Oct. 5, topping local streaming sites as well as ranking No. 1 in 20 regions on the iTunes Top Albums charts.