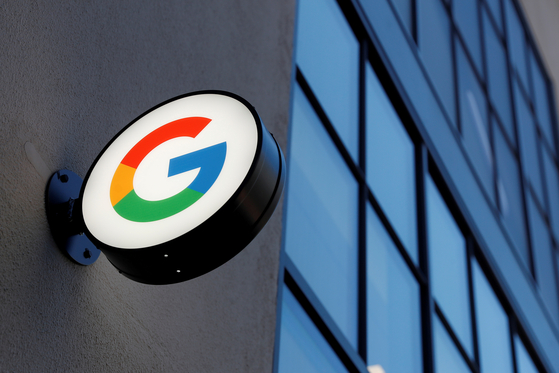 A sign is seen at the entrance to the Google retail store in the Chelsea neighborhood of New York City on June 17. [REUTERS/YONHAP]


Google's answer to the “Anti-Google” law did little to quell discontent.

Developers say that the offer from the operator of Google Play is not attractive at all and can really not be taken seriously, their representatives calling it a “slap in the face.”

On Nov. 4, the company said it would comply with the law to allow apps to use third-party payment systems. The catch is that they will be charged a commission for the use of Google play, and that commission will be based on sales.

In an example from Google, an app before would have paid 15 percent for payments through Google Pay. If that app uses another payment system, it will pay an 11 percent commission to Google Play.

In essence, the company is just renaming and slightly lowering the fee to get around the letter of the law.

The new rate is 26 percent for games, 6 percent for apps signed on to the Media Experience Program, primarily those offering video, audio or e-books, and 11 percent for all others. All new rates are 4 percentage points off of the payment system commissions.

“Why would Google take commission if we use a third-party billing system?” said a spokesperson for the Korea Startup Forum.

“The new law was meant to stop Google from forcing its in-app purchase system so that apps won’t have to pay commission, but the new policy does so anyway. If we have to pay 26 percent to Google and commission to the billing system operator, then it means that the new law has changed nothing for us.”

The Korea Communications Commission (KCC) held meetings with the tech industry on Wednesday before announcing the details of the implementation of the revision to the Telecommunications Business Act next week.

The KCC met with the Korea Internet Corporations Association (K-Internet). It also requested the Korea Startup Forum and the Korea Mobile Game Association to meet, but the two organizations said they couldn't participate because the request was made on Tuesday and neither could find the time on such short notice.

Having to pay commission regardless of which billing system app developers use will mean they will likely end up using Google’s, according to a spokesperson from the K-Internet.

“There’s really no reason to use a third-party system if it’s not going to do any good,” the spokesperson said. “But Google said that it’s going to work on the details, so we’ll have to see what they come up with in the future.”

After the Anti-Google law went into effect on Sept. 14, Google and Apple submitted proposals for their responses to the law, but the plans were found to be unsatisfactory by the KCC.

Google said it will hand in a revised plan, and Apple has not responded yet. Apple declined to comment for the story.

“Google’s measures are better than Apple’s, which is nothing, but the essence remains the same — that it will collect a high commission rate,” said Rep. Jo Seoung-lae of the Democratic Party in a press release on Monday.

“It seems as though it’s allowing app developers and users to choose whichever they want, but it’s only a choice between 30 percent and 26 percent. The new policy still aims to charge content that it did not collect commission from in the past.”

Apple still insists on forcing its payment system and collecting commissions, but the KCC said on Tuesday that will take strong measures, such as fines or other penalties, should the company fail to comply.

The KCC will announce the details of the implantation of the new law later this month, after being reviewed by the Ministry of Government Legislation.

A parliamentary seminar will be held on Tuesday, attended by tech experts from in and outside of Korea, including Tim Sweeny, CEO of Epic Games, and founder of the Coalition for App Fairness (CAF) Meghan DiMuzio and founding member Mark Buse as well as Cedric O, French Digital Secretary of State.