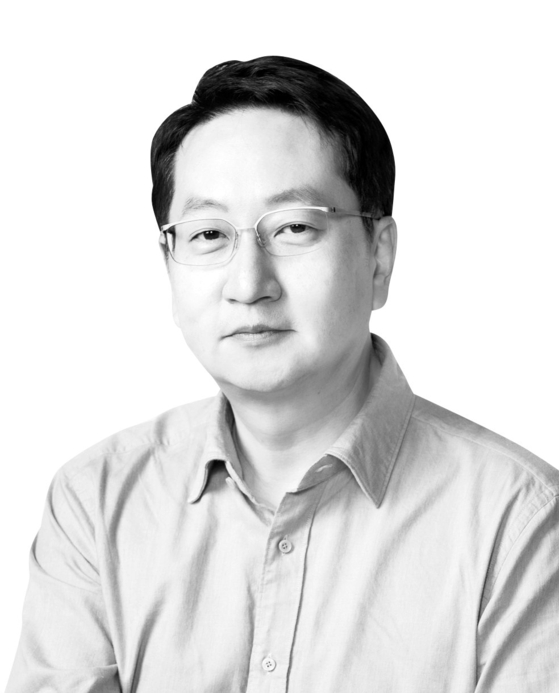 
“Young people are the class to lead the political, economic and social development in the future, but they are experiencing many challenges in employment and housing instability due to latest internal and external environmental changes. In order to help them settle in the society and display their potential, it is needed to establish and implement a comprehensive assistance policy in various fields, including employment, start-ups, housing and welfare. A new ministry for the young to oversee the planning and integrating of youth policy and promotion of youth rights must be established to stably and effectively promote various policies and assistance needed for the young.”

This is the key point of the proposal to amend the Government Organization Act by opposition People Power Party (PPP) lawmaker Thae Yong-ho and ten party members.

President Moon Jae-in told UAE Prime Minister Sheikh Mohammed bin Rashid Al Maktoum, “I heard UAE established and operated a youth minister, and it is surprising.” Moon added, “There are calls to install a youth committee to represent the interests of the young people, but we can’t and haven’t executed it.” The prime minister said, “The youth ministry was an adventure and experiment for me. The first youth minister was a 22-year-old woman, and she did a good job. We also have a minister of happiness.” President Moon told his staff to take a note of it. The Blue House’s written briefing from March 27, 2018 includes the remarks from Moon.

At the National Assembly negotiating group speech on June 16, Rep. Song Young-gil, head of the ruling Democratic Party (DP) said, “This is the age of youth catastrophe. I propose to the president to install a special youth minister to oversee youth issues. Rather than fragmented and short-term policies, comprehensive long-term measures are needed. The special youth minister should be the channel for the young people to communicate with the government in addition to comprehensive assistance on housing, jobs and education for the young people.” 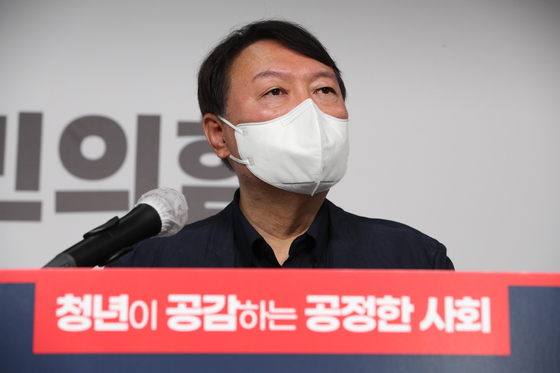 Former Prosecutor Yoon Seok-youl, the presidential frontrunner of the opposition People Power Party, on Thursday announces his policies for the young if elected. [LIM HYUN-DONG]

The bill proposed by Rep. Thae hasn’t been discussed by the National Assembly yet. President Moon said “take a note,” and the staff only did that. Three years and seven months have passed, and only seven months are left in President Moon’s term. The proposal by the DP leader is still at the “idea” level. Research View’s poll in late 2018 showed that 59 percent of the respondents in their 20s and 30s support the installation of the youth ministry.

Korea’s suicide rate is the highest among the OECD member countries. The suicide rate among the elderly is declining lately, but youth suicide rate is on the rise. From 2015 to last year, the number of suicides per 100,000 people in the 20s went up from 16.4 to 21.7, up 32.5 percent.

A recent survey showed that 65 percent of college graduates, including those who expect to graduate, gave up on finding a job. In a Korea Research poll last month, 61.6 percent of the respondents in their 20s agreed to the statement that Korea is a “country with no hope for improvement even if you try hard.”

As Rep. Thae stated in the proposal, the youth issues cover education, employment, housing and welfare. The Ministry of Education cannot overcome the frustrating reality that increasing the quota for the majors with good job potential is not allowed because of academic job security. Economy-related ministries are busy hiding youth unemployment by increasing public jobs for seniors.

As the Ministry of Health and Welfare is focused on fighting the pandemic, the mental health of the young people is a fringe subject. President Moon’s direction to “take a note” is based on understanding of this situation.

I urge the presidential candidates to install the youth ministry and appoint the most capable person with problem-solving skills and deep affection for the national community as the minister, if they are elected president. Rather than the “face,” I want the most influential person to take the position. What hope can we talk about in a country where young people can’t work, can’t dream of the future and give up on life?