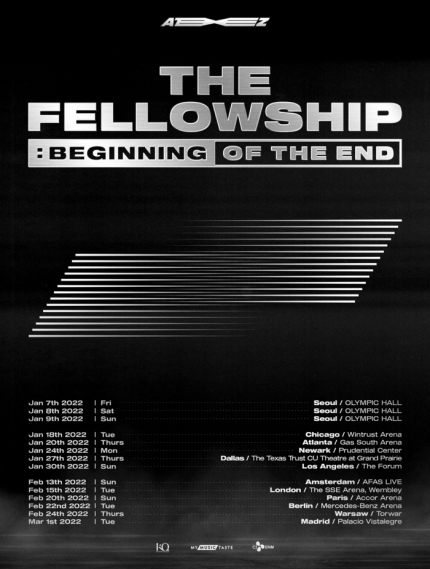 Boy band Ateez announced through its social media on Monday its plans for a world tour.

The tour, titled “The Fellowship: Beginning of the End,” will start on Jan. 7 in Seoul with a three-day concert. The band will then move on to the United States and then Europe for more concerts.

The band, which debuted in October 2018, most recently released its album “Zero: Fever Part. 3” in September and came in at No. 42 on the Billboard 200.