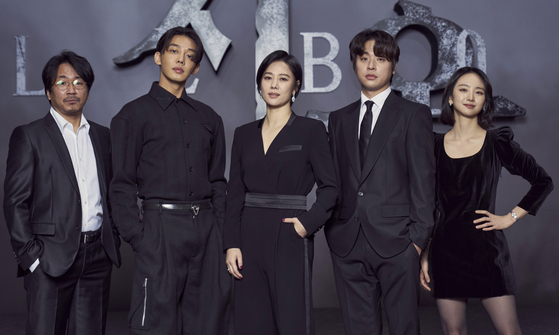 Actors Yang Ik-june, Yoo Ah-in, Kim Hyun-joo, Park Jeong-min and Won Jin-ah pose during Tuesday’s press conference for the Netflix Korea original series “Hellbound,” set for release on Friday. The series tells the story of people suddenly being visited by mysterious messengers who damn them to hell, a cult that arises amid the chaos, and those who try to figure out the mystery. [NETFLIX]