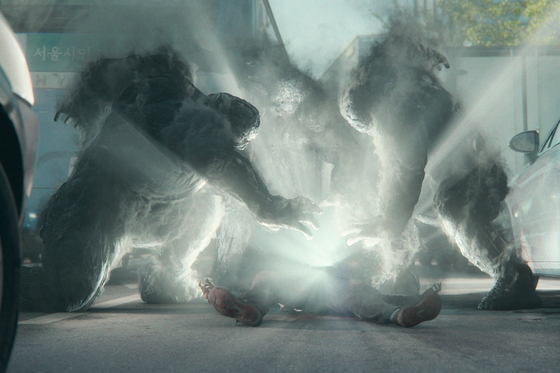 A scene from ″Hellbound″ [NETFLIX]


Netflix Korea’s “Hellbound” slipped to No. 2 on Netflix’s list of most-viewed TV shows for Nov. 21.

Released on Nov. 19, the highly anticipated series directed by Yeon Sang-ho and featuring actors Yang Ik-june, Yoo Ah-in, Kim Hyun-joo, Park Jeong-min and Won Jin-ah debuted at No. 1 on the service’s most-watched list in 24 regions including Korea, Mexico, Indonesia, Belgium and Hong Kong on Nov. 20. It ranked No. 3 in the United States.


“Arcane,” a League of Legends fantasy action animated series, stole the top spot as a new episode was released on Nov. 20.

“Squid Game,” which became the most-watched Netflix series ever after topping the global list for 46 days, ranked No. 4 while rom-com television series “Hometown Cha-Cha-Cha” (2021) which aired on cable channel tvN ranked No. 8.

“Hellbound” is set in Seoul and is centered around mysterious creatures, dubbed "executors," who suddenly begin to appear  and tell people when they are going to die. The series is adapted from Naver Webtoon’s “The Hell,” which Yeon wrote the story for and cartoonist Choi Gyu-seok animated.