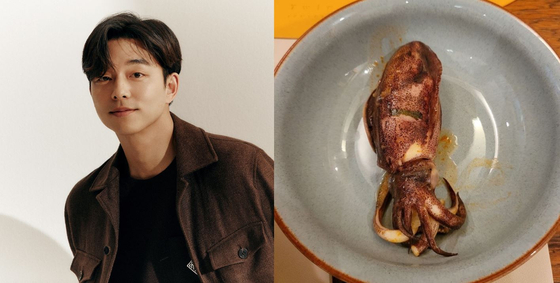 
Actor Gong Yoo, currently enjoying global stardom through the success of “Squid Game,” created his own Instagram account on Wednesday.

Gong Yoo's management company Soop announced that the actor agreed to open up an official account to allow the actors’ growing fan base a peek into his daily life.

“We will occasionally be updating Gong Yoo’s photographs,” the agency stated. The first photograph, uploaded Wednesday without any written description, was a whole boiled squid on a dish.

The account, which will be managed by Management Soop, surpassed 250,000 followers just three hours after its creation.