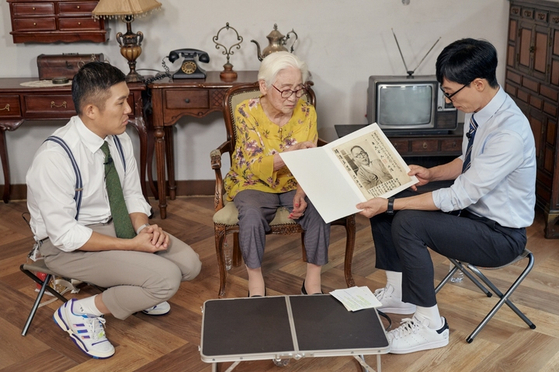 
TvN variety show “You Quiz on the Block” was awarded a national merit by the Ministry of Patriots and Veterans Affairs.

The show was highly evaluated for interviewing and shedding light on the descendants of independence activists and veterans of the Korean War (1950-53).

National merit awards are bestowed on individuals and groups who inform the public about those who sacrificed themselves for or contributed to the country.

The award ceremony was held in the Grand Hyatt Seoul hotel in central Seoul at 3 p.m. Thursday. The five recipients of this year's merit awards will each receive a plaque and prize money of 10 million won ($8,500).

tvN You Quiz on the Block award MPVA

'You Quiz on the Block' marks highest viewership since first airing

Can you speak English?