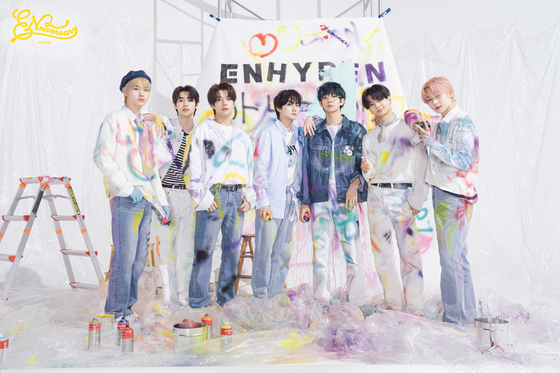 Boy band Enhypen will release new album "Dimension: Answer" on Jan.10, according to an announcement on the band’s official social media channels on Friday.

"Dimension: Answer" will be a repackaged version of the seven-member band's first full-length album, "Dimension: Dilemma."

“Dimension: Dilemma” was released in October, selling over 818,000 copies in its first week, according to Hanteo chart. By the end of October, it sold over 1.1 million copies according to Gaon, another local music outlet that collects sales data.

It had also topped music charts in Japan, and came in at No. 11 on the Billboard 200.