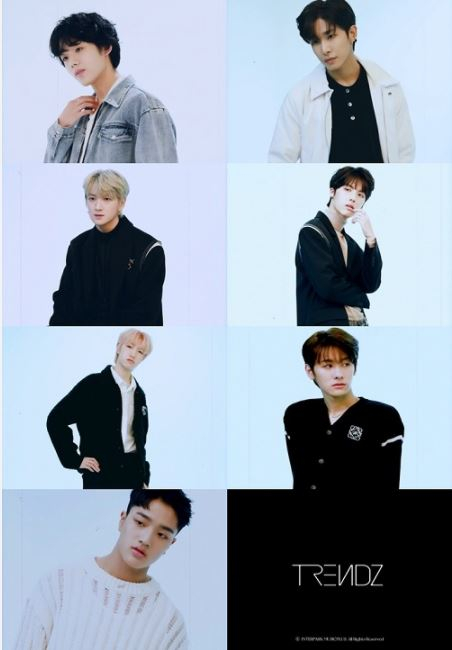 
New boy band Trendz has begun the countdown to its official debut, which is set for Jan. 5.

On Friday, the boy band released its schedule ahead of the release of its debut EP “Blue Set Chapter1. Tracks.”

According to the schedule, group photographs will be released in a series until Dec. 21. The members with then offer a sneak peek of the EP on Dec. 22. It looks like they will also drop some hints about the style of the songs on the EP by releasing highlights of some of the tracks on Dec. 23.

On Jan. 2, the band will release a music video teaser.

Trendz is composed of seven members and is managed by Interpark Music Plus.