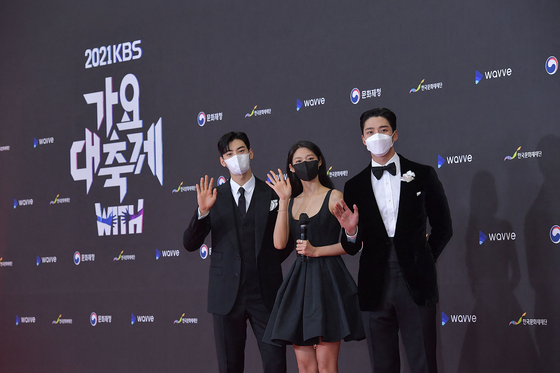 
From left, singer-actors Cha Eun-woo, Seolhyun and Rowoon pose on the red carpet for the KBS Song Festival held Friday night at KBS Hall in Yeouido, western Seoul. The three hosted the concert, in which 20 acts of K-pop artists participated. Among the participants were girl groups Red Velvet, aespa and Oh My Girl and boy bands Seventeen, The Boyz and Enhypen. [YONHAP/AFP]