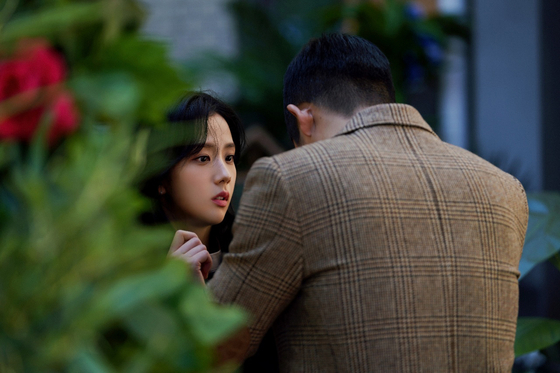 Jisoo of Blackpink in ″Snowdrop″ [JTBC]


Controversy regarding JTBC's drama series “Snowdrop" is snowballing, to an extent that it's producing fake news.

Blackpink’s fan club on an online community platform DC Inside, made an official statement on Wednesday, insisting that it "has nothing to do with the false news that has been circulating in regards to [the Blackpink fans] leading group action to make complaint calls to the Lee Han Yeol Memorial Museum.”

The drama series, which is set in Seoul in 1987 when Korea was in the midst of democratization protests against the military dictatorship, has been under fire for romanticizing the Communist Party. It's not a political story though — it tells the love story of a South Korean college student (played by Jisoo of Blackpink) and a North Korean spy (played by actor Jung Hae-in). In the series, college students resisting against the regime harbor Jung’s character, mistaking him for a fellow pro-democracy activist.

The fan club has been criticized by netizens for allegedly making complaint calls to the Lee Han Yeol Memorial Museum for criticizing the drama that Jisoo stars in. The museum issued a statement after the first two episodes were aired over the weekend, expressing discomfort that the drama distorts history. Lee Han-yeol was a student activist who is a symbolic figure in Korea's democratization movement. He was killed during the uprising movement at age 22 in 1987.

The fan club said they found out that such claim about making complaints to the museum was made by an anonymous netizen on the DC Inside page of "Snowdrop."

“The article was immediately deleted by the [page] manager, however, it was screen-captured and began circulating with false information that it was Blackpink fans that suggested taking group acting to make complaint calls," the Blackpink fan page manager wrote.

“DC Inside is an anonymous community where anyone can post anything without signing up,” continued the statement posted by the manager of the fanclub. “Therefore, this anonymous netizen, who did not even write on the Blackpink page should not be determined as a Blackpink fan. Please refrain from further criticism regarding this false information.”