From enigmatic to entertaining, Korea to take CES by storm

From enigmatic to entertaining, Korea to take CES by storm 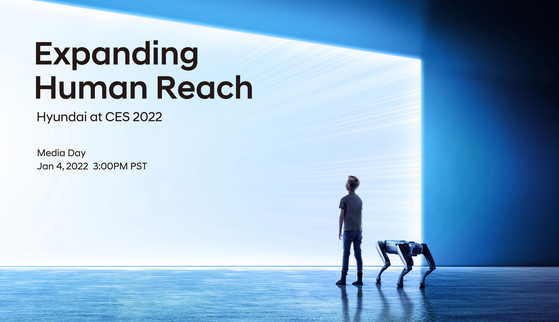 
CES has become a proving ground for Korean companies in a wide range of businesses, and at CES 2022, to be held in Las Vegas in two weeks, they are bringing their A-game with everything from curved displays to robotics developments that almost defy description.

Under the theme of "Expanding Human Reach," Hyundai Motor is set to offer a vision of mobility shaped around robotics and the metaverse during an event on Jan. 4 ahead of the opening of CES on Jan. 5.

"Hyundai Motor will share its vision of how robotics will complete the metaverse by connecting the virtual world with reality as a medium, and eventually overcome the physical limitations of movement regarding time and space," the automaker said in a statement released Thursday.

The company will introduce MobED, a new modular platform, for mini-sized electric cars and robots and a new "Plug & Drive" robotic module platform.

Asked if he could explain the concept of the Plug & Drive platform, a spokesperson at the carmaker declined to comment, adding that he is not authorized to speak before the event.

The statement mentions something called the "Mobility of Things."

"Hyundai Motor will also showcase its new PnD (Plug & Drive) robotic module platform under the new concept of Mobility of Things (MoT), which aims for the provision of mobility in everything, from traditionally inanimate objects to even community spaces," the automaker said. 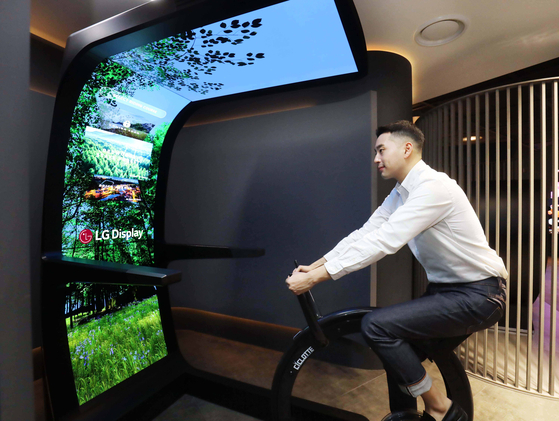 
Hyundai Motor offered more detail about MobED in an announcement last week. The platform base will weigh 50 kilograms (110 pounds), have a 2 kilowatt-hour battery and have four wheels with independent suspension and steering. It will be able to achieve speeds of 30 kilometers (18.6 miles) per hour and run for four hours on a single charge.

Also on display are Spot and Atlas, robots developed by Boston Dynamics, a Waltham, Massachusetts-based robot company acquired by Hyundai Motor this year.

While Hyundai Motor pushes the boundaries of what constitutes mobility, LG Display is bringing innovation to the home.

The workout machine, named Virtual Ride, combines a stationary bike with three 55-inch OLED displays to form a one large display in front of and above the rider.

The design, made possible by bendable properties of OLEDs, is intended to offer a more immersive media consumption experience compared to the one provided by flat screens. 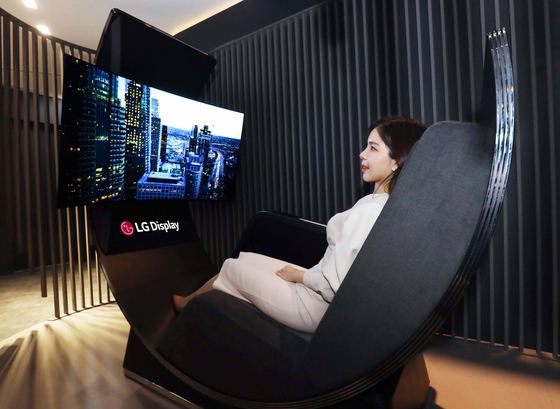 A model tries out LG Display's Media Chair that combines a recliner and a curved OLED display. [LG DISPLAY]


The display has one of the most dramatic curves in the market, with a curvature radius of 500R.

R stands for radius, and a 500R monitor refers to a monitor with a radius of 500 millimeters. The smaller the number, the greater the curvature.

Another offering from the display maker combines a 55-inch OLED TV display with a recliner for the Media Chair.

The display connected to the electronic armchair is far less curved than the Virtual Ride product to give an optimal viewing angle for the sitting position. The screen has a curvature radius of 1,500R and doesn't come with an external audio system as it utilizes Cinematic Sound, LG Display's built-in sound technology.

Users can turn the screen to rotate between vertical and horizontal orientations at the touch of a button.

"We will continue to provide differentiated value to our customers through the infinite potential of OLEDs while also moving forward integrating our business into diverse industries," said Yeo Chun-ho, head of the business development division at LG Display.

LG Electronics switched its focus towards augmented reality and virtual reality for the trade show, a break from the past, where it brought its newest television sets to the event.