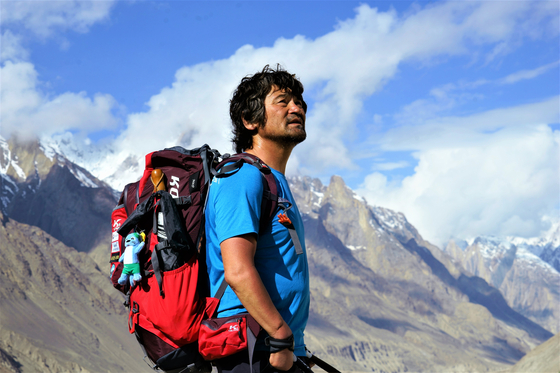 
The late Korean climber Kim Hong-bin was inducted into the Sports Hall of Fame on Wednesday in a ceremony held by the Korea Sports & Olympics Committee (KSOC) at Olympic Park in southern Seoul, five months after he went missing after reaching the apex of Broad Peak, the twelfth-highest mountain in the world.

Kim is the world’s first mountaineer with a severe physical impairment to climb all 14 peaks of the Himalayan and Karakoram mountains more than 8,000 meters (26,250 feet) above sea level. In 1991, Kim lost all his fingers to frostbite when he climbed the Denali, the tallest peak in North America. That didn’t stop him from continuing to climb, with all 14 of those eight-thousanders coming after his injury. 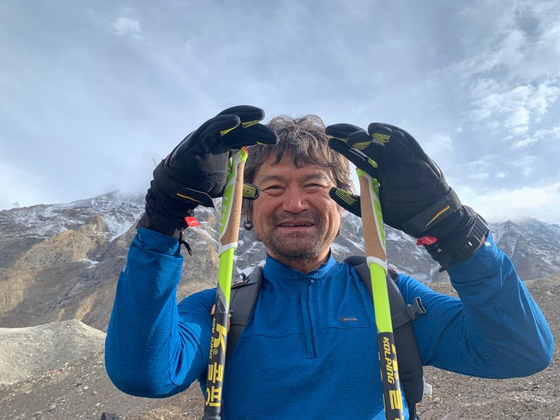 
On July 18, Kim started ascending Broad Peak, but fell down a crevasse after summiting the mountain on the border of Pakistan and China. After a week-long search for the mountaineer, Kim’s family called off the effort, saying that Kim had requested his family to do so if anything should happen to him. Kim was later declared dead.

In August, Kim was posthumously awarded the Chreongryong Medal for his athletic feats. At Wednesday's Hall of Fame induction ceremony, Bang Young-eun, Kim's wife, received the award on behalf of her late husband.