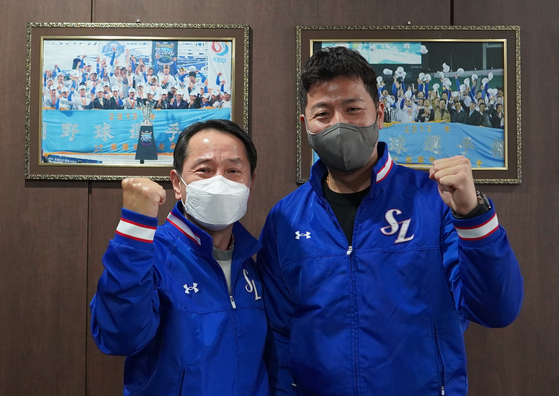 
Free agent catcher Kang Min-ho has opted to stay with the Samsung Lions, signing a four-year deal worth 3.6 billion won ($3 million) on Friday.

He's also one of the league's most established veteran catchers and his role behind the plate as the Lions rebuilt their squad over the last four years proved crucial in bringing the Daegu club back from a ninth-place finish in 2016 to a second-place finish this year.

With the deal, Kang, who is already 36 years old, has ensured that he will still be playing baseball into his 40s.

Despite his many years in the KBO, Kang is yet to appear in a Korean Series. When he joined the Lions in 2017, the team had just finished a 20-year-long run of playoff dominance.

"I'm sorry for the delay in signing," Kang said after signing the contract, according to the Samsung Lions. "My first goal was always to stay at Samsung and I'm happy to still be here. Helping the team win a championship is my first priority, and I believe personal records will follow that."