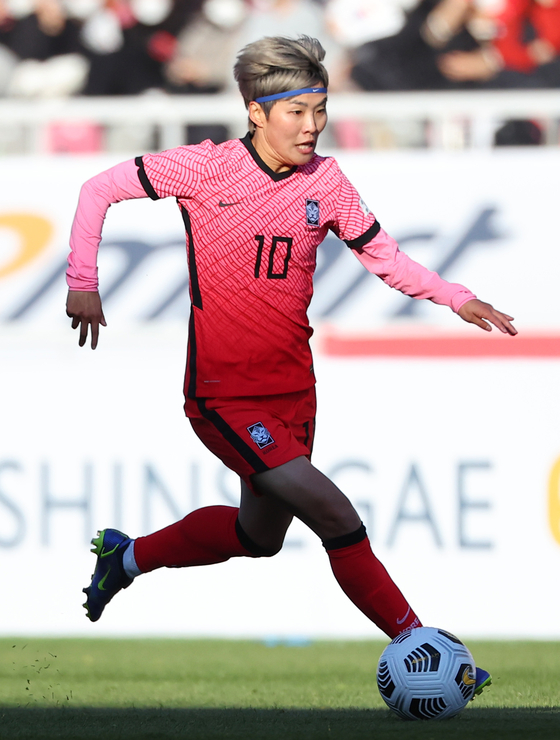 Ji So-yun plays the ball against New Zealand in a friendly on Nov. 27 at Goyang Stadium in Gyeonggi. [YONHAP]


Ji So-yun and Son Heung-min were named the Korea Football Association (KFA)'s female and male Player of the Year on Wednesday.

Ji, who is now Korea's all-time leading goal scorer across all teams, divisions, genders and competitions, debuted on the national team at only 15 years old to become the youngest-ever Taeguk Lady. Ji scored her 59th goal with the national team in her 127th appearance with the Taeguk Ladies on Sep. 18 at the Asian Football Confederation Women's Asian Cup qualifier against Mongolia, outscoring Cha, also known as Tscha Bum, whose record of 58 goals had stood for decades.

Ji has been making strides for Korean women's soccer on the international stage for some time. She started her overseas career with Japanese club INAC Kobe Leonessa in 2011 and stayed until 2013. In 2014, Ji started playing for Chelsea to become the first Korean to play in the FA Women's Super League.

Despite her spectacular international career, Ji has never won a trophy with the Taeguk Ladies. Korea's best finish was in 2015, when the World Cup was held in Canada and they finished in 14th place, reaching the round of 16, but failed to make the quarterfinals. She has her eyes set on the 2022 AFC Women's Asian Cup that starts on Jan. 20 in India. 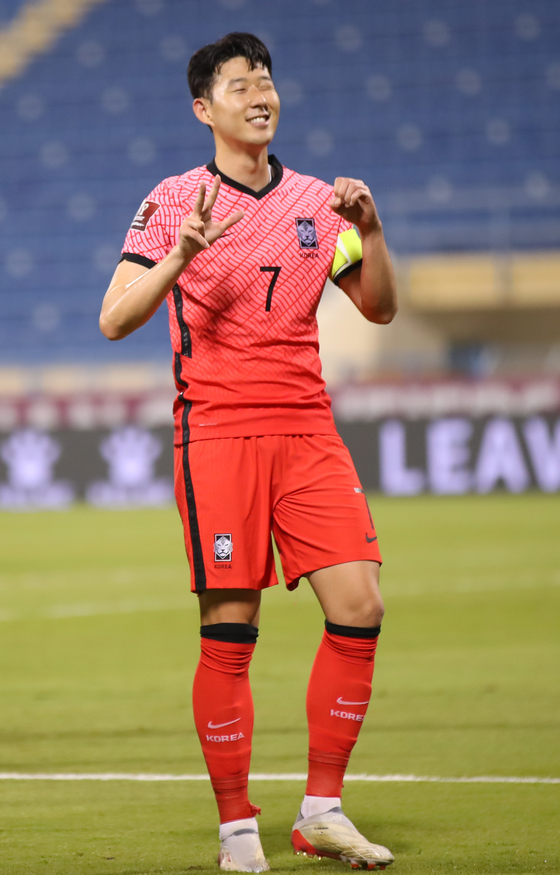 Son Heung-min celebrates scoring a penalty at the second leg of the third round of Asian qualifiers for the 2022 Qatar World Cup against Iraq at Thani bin Jassim Stadium in Doha, Qatar, on Nov.17. The goal marks his 30th international goal on the national team. [YONHAP]


Spurs striker Son was voted the Player of the Year for the third consecutive time, well ahead of runner-up center back Kim Min-jae who played for the Turkish club Fenerbahce.

Son scored his 30th international goal with the Taeguk Warriors during Korea’s 3-0 victory against Iraq in the second leg of the third round of Asian qualifiers for the 2022 Qatar World Cup on Nov. 16. For Korea, Son has scored 30 goals in 96 appearances, and for the Spurs, Son has now scored a total of 17 goals this calendar year, five of them since Antonia Conte took the helm. He scored in four consecutive starts on Dec. 2 against Brentford, Dec. 5 against Norwich City, Dec. 19 against Liverpool and against Crystal Palace on Sunday.