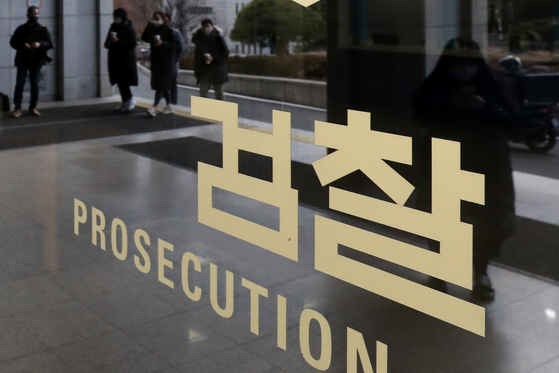 The Seoul Central District Prosecutors’ Office summoned Kim Jung-tai, chairman of Hana Financial Group, for questioning on Thursday over his role in maintaining the institution's bid to participate in the Daejang-dong development which included Hwacheon Daeyu, a small asset management company at the center of the scandal. [NEWS1]


Prosecutors on Thursday summoned the chairman of Hana Financial Group as a witness in their investigation into the Daejang-dong development corruption scandal.

The Seoul Central District Prosecutors’ Office summoned Kim Jung-tai, chairman of Hana Financial Group, for questioning regarding his role in maintaining the institution's bid to participate in the Daejang-dong development which included Hwacheon Daeyu, a small asset management company at the center of the scandal.

Hana Financial Group led the collective bid by a group of investors, including Hwacheon Daeyu, which was selected to join the mixed public-private consortium that developed the Daejang-dong area of Seongnam, Gyeonggi. The group together held a 50 percent stake in the project, with the Seongnam Development Corporation, the city-owned developer, holding the remaining half.

Prosecutors suspect that former lawmaker Kwak Sang-do from the main opposition People Power Party (PPP) persuaded Hana Financial Group on behalf of Hwacheon Daeyu to stay in its existing bid after a construction company from a rival bid attempted to woo the institution to its side.

Had the institution withdrawn its support for the bid, Hwacheon Daeyu would have been unable to participate in the Daejang-dong development, where it ended up raking in a profit of 57.7 billion won ($48.3 million) since 2019 on an investment of 49.95 million won, or a 1 percent stake in the project.

Prosecutors believe that Kwak lobbied the institution to maintain its bid because he was promised 5 billion won from Hwacheon Daeyu in the form of a massive severance payment to his son, who was employed at the company for seven years as a mid-level employee until he left in March.

News of the massive severance payment received by Kwak’s son led to the lawmaker’s resignation from the PPP on Sept. 27, and later from his seat in the National Assembly on Oct. 2.

Although prosecutors filed an arrest warrant request for Kwak, the Seoul Central District Court denied the request on Dec. 1.

The court’s refusal to issue an arrest warrant for Kwak dealt a blow to prosecutors’ investigation into the so-called “5-billion-won club” of individuals allegedly each promised that sum by Hwacheon Daeyu in return for preferential treatment in the Daejang-dong development.