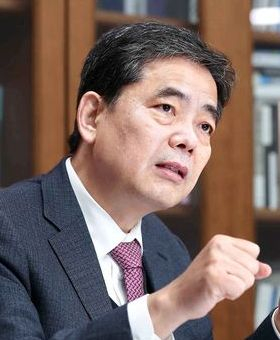 
Prosecutors sought an arrest warrant Monday for a former opposition lawmaker on charges of accepting bribes in the form of a colossal severance payment for his son, who was employed at an asset management company at the center of the Daejang-dong development corruption scandal.

Former lawmaker Kwak Sang-do resigned from the main opposition People Power Party (PPP) on Sept. 27, and later from his seat in the National Assembly on Oct. 2, after it came to light that his son received 5 billion won ($4.2 million) in severance pay from Hwacheon Daeyu, a small asset management company that is currently being investigated by prosecutors for its outsized profits in the Daejang-dong development in Seongnam, Gyeonggi.

The company joined a 1.15-trillion-won project to develop 968,890 square meters (239 acres) in Daejang-dong as residential real estate. Since 2019, Hwacheon Daeyu allegedly received a profit of 57.7 billion won on an investment of 49.95 million won — an outsized gain compared to its relatively small 1 percent stake in the mixed private-public consortium which led the project.

Kwak’s 31-year-old son received the massive severance payment in March after seven years’ employment as a mid-level employee at the company.

Kwak’s residence in Songpa District, southern Seoul, and his former office were raided by an investigation team from the Seoul Central District Prosecutors' Office on Nov. 17.

As a result of his son’s disproportionate severance payment, the elder Kwak has come under suspicion that he was a member of the “5 billion won club” of political bigwigs and public company officials who were each promised that amount of money by Hwacheon Daeyu in return for fixing the Daejang-dong project’s shareholder composition and profit distribution scheme in favor of the company.

Park Young-soo, Choi Jae-kyung, Kwon Soon-il and Kim Soo-nam have categorically denied the accusations he made against them.